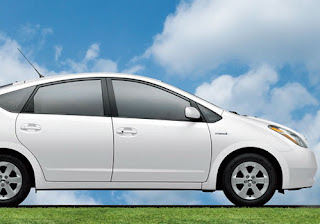 The Indonesia International Automotive Show (IIMS) 2007 is being held amid growing optimism over the outlook of the country's automotive industry.

Vehicle sales have been on the increase since the start of the year thanks to the availability of cheaper loans following a steady decrease in interest rates.

A total of 197,326 vehicles were sold in the first half of the year, representing an increase from the 149,632 sold during the same period last year. In June, 39,424 units were sold, an increase of some 60.5 percent from the 24,564 sold in the same period a year earlier.
Last year, sales plummeted to 318,000 from 534,000 units a year earlier, taking a hit from increased fuel prices and resulting higher interest rates.

The optimism is well reflected in the ongoing auto show, which was opened by President Susilo Bambang Yudhoyono on Friday. Most leading car producers from Japan, Europe, the United States and South Korea are taking part in the show, offering their latest products, many of which are luxury cars. New players from China and Malaysia are also participating, targeting middle-lower income consumers, the largest market segment of the country's automotive industry.

Besides car manufacturers, exhibition booths are also filled with dozens of automotive parts and accessories producers. A number of car video and audio producers are also exhibiting at the show, offering new products that make driving more entertaining.
IIMS 2007 is something that car buffs or those planning to buy a new car should not miss.