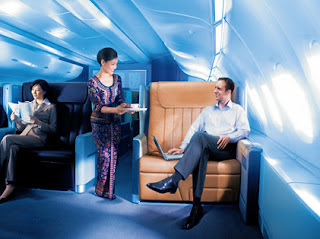 The popularity of aviation under the low-cost carrier (LCC) concept does not necessarily mean a damaged full-service carrier (FSC) market. Even Adam Air, which came under the spotlight following the mid-air disappearance of one of its airplanes on Jan. 1, has expressed its intention to enter the FSC market.

This step, said executive chairman of PT Bhakti Investama Tbk., Hary Tanoesoedibjo, the new boss of this airline, is intended to increase its income and at the same time help it face the liberalization of the aviation industry in ASEAN, since the Indonesian government agreed to implement an open sky policy in ASEAN territory as of 2008 (for passengers) and in 2010 (for cargo).

Hary expressed optimism that the merger of Adam Air with the Bhakti Group, whose core business is media, among others RCTI, TPI and Global TV, will strengthen the competitiveness of this airline in the domestic and international aviation arenas.

Adam Air began operations in December 2003 and currently operates 26 Boeing 737 airplanes. It serves 21 domestic and international destinations, including Singapore and Penang. In the next five years, Hary noted, Adam Air aims to operate at least 60 airplanes and increase its flight routes and frequency at home and abroad.

Although the aviation trend worldwide is going in the direction of LCC, full service carriers have their own market. That's why, although once successful with Citilink, Garuda Indonesia has never abandoned the FSC segment. Garuda felt it would be impossible to merge low cost carrier Citilink with Garuda. "Take managing a restaurant, for example. Of course, managing a five-star steak house is different from running a Padang food stall," said Emirsyah Satar, president director of Garuda, to The Jakarta Post recently.

Of course, you cannot simply sit back when you wish to increase the number of customers in the FSC segment. For years Garuda has built up a reputation of offering a unique experience and in this way it has created passenger loyalty. With a positioning that is different from most other airlines, Garuda can offer value-added services to its loyal customers, particularly members of Garuda Frequent Flyers (GFF).

GFF members, now numbering about 15 percent of total Garuda passengers, enjoy a lot of benefits, such as access to the executive lounge at Jakarta's Soekarno-Hatta Airport. The lounge offers comfort and various services, ranging from a bathroom with showers, the pressing of clothes, a cafeteria, a bar and Internet access all free of charge.

Garuda has had this airport lounge for many years but is now giving GFF members special attention. GFF membership is now categorized in four levels from the lowest to the highest, namely blue, silver, gold and platinum.

Various facilities are offered to GFF members of every level. For a blue level member, for example, the mileage is recorded while the membership card can be used as a discount card at a number of merchants. A platinum cardholder, meanwhile, enjoys a free baggage allowance of up to 20 kilos, can use the executive lounge and is involved in GFF activities, such as Garuda-sponsored classical music concerts.

Efforts to improve the quality of Garuda's services is part of Garuda's measure to revamp all its operational, business and management aspects, including service, following the new direction the company is taking. To carry out a transaction, for example, Garuda employs an online payment system that allows a customer to choose his own transaction pattern, namely via ATM, Internet banking, phone banking or mobile banking.

For Garuda, Emirsyah said, the service aspect is a key performance indicator that plays an important role in its operations. This stresses the commitment of Garuda as a customer-driven full-service airline that conforms to the paradigm that the aviation business is a service industry and that it is not a transportation business that only carries passengers from one city to another without any attention given to services.

Indeed, there are extra challenges for full service carriers as airlines adopting the LCC concept, like Southwest and JetBlue, can give above standard services. It is this concept that has been adopted by newcomer Virgin America, which serves domestic routes in the U.S. Although its rates are low, Virgin promises first-class service. Virgin's fleet of Airbus A320, which is luxurious but fuel-efficient, are fitted with seats made by Recaro of Italy. It also provides high-speed Internet access and other services usually not found in low-cost carrier planes.

This is one of the things that prompted Singapore Airlines (SIA) to continue improving its services. In August 2001, the board of directors of this airline announced a business plan to install lie-flat seatbeds in its Raffles Class (business class). The company took this step in order to be on a par with British Airways, its main competitor, which launched a similar service a year earlier.

The realization of this plan turned out to be halting. Before this US$100 million project was realized, the Sept. 11, 2001 terrorists attacks occurred and totally changed all aspects of life, politics, society, culture and also business. Since this tragedy, people have become afraid of traveling by air, resulting in a drop in the number of air passengers worldwide.

To ensure that the project would continue, SIA undertook efficiency measures in other areas, such as introducing salary cuts among senior managers and executives. All this was resorted to in order to realize this prestigious project, the failure of translating it into reality would damage the reputation of SIA as an icon of airline customer service.

SIA was established in 1947, marked with a maiden flight from Kallang Airport, Singapore, to Malaysia. Adopting the right strategy in brand building, SIA, 60 years after its establishment, has turned into one of the world's leading airlines with over 100 routes in 41 countries.

While other airlines are improving their services and applying a branding strategy, SIA, whose catchphrase is "A Great Way to Fly", has already done these two things consistently and with commitment. Its airplanes are always punctual and provide complete in-flight services. SIA has even become a benchmark for other airlines.

When the United States started offering competitive low-cost flights, it led to a number of airlines cutting their service costs, which in turn concerned those who felt they would have to pay premium prices and fly business class just to obtain full services from an airline.