How to win over banks in credit card game 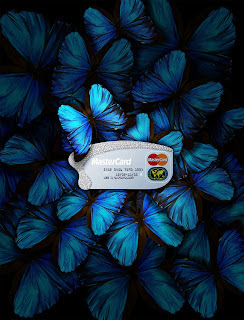 Indonesia is in the process of making the transition from a consumer cash economy to a consumer credit economy. This is an exhilarating time for the rapidly growing middle class, because consumer credit is what separates us from one or another version of a simple barter system. The advent of consumer credit offers huge opportunities and the potential for quantum leaps in development within the country's economy.
Access to credit is arguably the single most powerful stimulus to economic growth any country can have. Uncomplicated access to credit increases demand for consumer goods and services, this creates jobs, this increases purchasing power, and a virtuous cycle can result. The positive effect of credit combined with the rapid development of computer and information technology will, ultimately, make cash obsolete; in the foreseeable future, physical currency will be an anachronism as virtually all consumer purchases will be done electronically. Already, literally millions of people in Indonesia whose parents never bought a thing in their lives for anything but straight cash or straightforward barter are walking about with their purses and wallets bulging with plastic.

This plastic, adorned with a name, a magnetic strip, and the word "Visa" or "MasterCard", represents a bank's confidence that the person with that name will faithfully repay a loan of up to the credit limit of that card. Some of us are walking around with plastic that represents several banks' willingness to advance us more money than we are likely to make in a decade; therein lies the dark side of the credit reality.

For those unused to credit; for the young, for those who have always dealt in cash, that piece of plastic can be seductive. And as all seductresses do, eventually she presents a bill.

Of course, it's relatively easy to pay the bill; after all, the credit contract may only require a payment of 10 percent of the amount spent. Of course now that the money is owed, there is a cost. That cost is the astronomically high cost of credit card interest. It is not unusual these days to find people in Jakarta struggling every month to make the minimum payments on their credit card bills only to find themselves barely covering the interest, while there is no or very little reduction in the principal.

And yet a few simple rules are all it takes to avoid this credit trap and, at the same time take advantage of just about the only time you can get a bank to lend you money at zero interest. Credit cards, you see, if handled correctly, can permit you to exploit the bank for a change by borrowing money on an interest-free basis. All you have to do is pay the principal on time.

Let us suppose that you have two or three new credit cards with a Rp 15 million (about US$1,650) limit. That's not a particularly high limit for a first-time cardholder. That available credit permits you to purchase up to Rp 45 million worth of goods and services using the bank's money. In 30 days, the bill arrives for the amount you charged -- you pay the bill in full. That's it ... that's all there is to it. You have borrowed Rp 45 million for 30 days and paid nothing in interest. That's the bank's money at work for you, rather than the other way around.

Why on earth would banks, dedicated to making profits, as they are, permit you to use their money for free, while they absorb all the overhead of administrating the credit card purchase and billing system? The short answer is that they are betting that you will succumb to the seductress. The temptation of instant gratification is strong enough that the banks know that the vast majority of credit cardholders will spend more than they can pay at the next billing cycle. When you don't, their profit-making machine switches on; interest starts to accrue. As long as you're carrying a balance on that card, they're making money.

The way for a consumer to win at this poker game is to play table stakes. That is, the consumer needs to understand the mechanisms of the credit card game and play it to one's advantage.

If you have a fresh credit card, by all means, use it. Use it fully. Use it for every possible purchase that will accept credit cards. But use it only for purchases you could afford if you were to use cash instead. If you do this, your cash can be sitting in a bank, or term deposit, or any investment you choose; in other words, your money is working for you. Meanwhile, the bank is financing your daily expenses and there are no financing charges.

This practice allows you to have that card available for emergency use; perhaps the most valuable characteristic of a personal credit card.

The practice, however, requires self-discipline and vigilance over your daily expenses. If you can manage your finances that well, you win over the bank -- the net result is that the bank pays you interest on your money and you pay them nothing to borrow theirs. Of course, the bank is gambling its profits that you can't ... and banks everywhere are doing very well indeed. (Patrick Guntensperger)