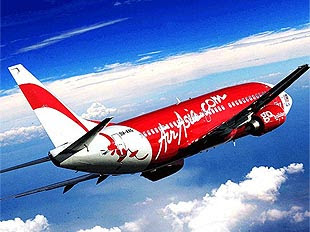 Who in Indonesia was not offended when on July 4 the European Commission blacklisted Indonesian airlines, barring their planes from flying to Europe? The basic reason, they argued, was safety issues. Although debatable, this fact is really too painful to accept.

Indeed, no Indonesian airlines presently fly to Europe. National flag-carrier Garuda stopped flying to Holland after the economic crisis, but had recently announced plans to resume scheduled flights to this destination. But now it is prohibited from doing so.

Even without this ban, a friend jokingly said that Indonesian aircraft would never arrive on the continent of Europe as scheduled anyway. Take, for example, the case of Boeing 737-300, which was scheduled to fly to Hasanuddin Airport, Makassar, but arrived instead at Tambolaka Airport, East Nusa Tenggara. Greater attention, however, was paid to the air disaster befalling Adam Air's Boeing 737-400 on Jan. 1, 2007.

Many people were surprised to learn of this air disaster. Adam Air is a low cost carrier (LCC) and was presented the Award of Merit in 2006 in the category of low cost airlines at the third annual Asia Pacific and Middle East Aviation Outlook Summit in Singapore. The question is whether low cost carriers like Adam Air neglect safety regulations in a bid to cut costs.

The LCC concept was first introduced by Southwest Airlines in the United States in 1971. This concept was then adopted by Ryanair, an Irish airline, in 1985. In time, this concept spread to Asia. AirAsia adopted it in late 2001. This Malaysian airline entered Indonesia on April 10, 2004 with attention-grabbing advertisements about low-cost air tickets.

The term LCC itself came from the aviation industry in reference to a low or very low operating cost structure in comparison to traditionally managed airline companies. Operating costs are reduced by applying a point-to-point flight system, reducing labor costs and not offering any regular services (food and drinks) to passengers during flights.

A point-to-point flight system is aimed at increasing the utilization of an aircraft, so that its turn around is faster and costs incurred for airport facilities are less. Meanwhile, labor costs are also reduced. Take, for example, two leading LCC airlines in the United States, Southwest and JetBlue. They pay their employees 30 to 40 percent less than regular airlines (Wall Street Journal, October 2002).

Another cost-saving measure is not to serve food or beverages during flights. This measure cuts costs by US$5 to $10 per passenger. Not serving food or refreshments means a 3.2 percent reduction in total costs (Air Transport Association, 2001).

But is it true that the LCC concept could be the cause of various air accidents? In other words, is it true that a low cost carrier ignores the safety of its passengers?

Following the Adam Air tragedy early this year, there is a strong public perception that a low-cost flight could mean a loss of life. However, if the LCC concept is properly understood, this opinion is unfounded. As Widijastoro Nugroho, the marketing and distribution director of AirAsia, puts it, "Safety and security are the two main things that must never be tinkered with."

That's why, Widijastoro, said, AirAsia and other airlines adopting the LCC concept, such as Southwest and JetBlue, have a zero accident rate.

Security plays such an important role that AirAsia is intensively plugging its "safety and security" campaign, with the security of online ticket purchases being guaranteed by Secure Online Transaction of Thawte Secure Socket, which Visa and MasterCard SecureCode verify, to limiting hand luggage to a maximum of seven kilos.

In addition, the AirAsia fleet has periodical maintenance checks, just like a human being in need of a spa. In aviation, this "spa" for an aircraft is technically known as A Check and C Check. AirAsia aircraft must enter the hangar after flying for 500 hours. Likewise, periodical maintenance is conducted for every 250 hours up to 2,000 hours. After the A Check is completed, an aircraft undergoes the C Check, which is conducted every 4000 hours of flight up to 24,000 hours. Finally there is the D Check (32,000 hours), which is an overhaul. After the D Check, the maintenance schedule starts from the beginning again.

When all these regulations are implemented, the risk of an air accident is minimized. Even old airplanes, which are 10 to 20 years old, can still be flown if the correct procedure and standard of maintenance are kept. What distinguishes a new airplane and an old one is that the latter consumes more fuel.

AirAsia, which was also named Asia's best LCC airline in 2007 in the London's Skytrax version, is not the only airline whose aircraft undergoes regular maintenance. The engines of aircraft belonging to other airlines periodically undergo maintenance, although, with the exception of daily maintenance, this work is outsourced. Lion Air, for example, has a contract with Benhar of the Indonesian Air Force in Bandung for the maintenance of its MD-82/90s. Bouraq, Batavia Air and Sriwijaya Air use the services of Aircraft Services (ACS) of PT Dirgantara Indonesia (PT DI) for maintenance on their Boeing-737 aircraft. ACS-PT Dirgantara has undertaken maintenance work for Boeing-737s since 2004.

In the aviation business, the maintenance of commercial aircraft accounts for 30 to 40 percent of total costs. Proper aircraft maintenance to ensure flight safety may be expensive, but it would be more costly if there were an air accident. An air accident invariably claims lives, destroys or damages the aircraft, requires compensation payments and may lead to a lawsuit. It also may damage the reputation of the airline and even the credibility of the government.

If a lot of attention must be paid to safety and security -- the two issues that require a huge amount of funds to maintain -- how can airlines adopting the LCC concept, including AirAsia, cut costs?

Widijastoro said there are many ways to cut costs when an LCC concept is adopted. An airline, he said, may use one aircraft type only, which means reducing training and servicing costs. And greater attention is also paid to direct sales, particularly by making use of the Internet. In this way, travel agents' fees and commission can be avoided. Another measure is to do away with ticket issuance. "Just imagine how much money is spent printing one ticket. It costs $1, or US$10 in the case of tickets for foreign routes," he said.

Therefore, if there is an assumption that air accidents have occurred because of irregularities in the management of an aviation company by means of cutting operating costs through the reduction of aircraft maintenance costs, this assumption obviously shows that such practices deviate from the LCC concept itself. Low-cost air tickets do not necessarily mean that an airline sacrifices the safety of its passengers. (Burhanuddin Abe)