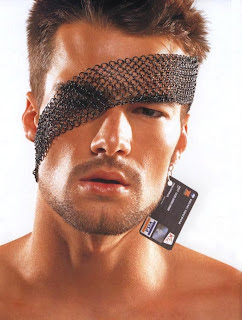 Lacking cash but intent on buying a motorbike? Rest assured there is no need to approach a financing company. If you have a Citibank credit card, all you have to do is swipe it and -- viola! -- everything is taken care of. You can buy a motorbike on credit over a certain period of time (let's say three months) and perhaps not have to pay interest at all.

Bank Mandiri credit cardholders can also enjoy a similar facility. If you buy electronic goods from specified merchants, in particular, you will enjoy an interest-free transaction, payment for which may be made over a period of up to two years.

So, on one hand, credit cards have become inseparable from modern life. As people have become increasingly busier and are highly mobile, they demand easy and practical facilities.

On the other hand, competition to lure new credit card clients has become increasingly tighter. When walking around shopping and office centers, for example, it is common to be approached by credit card company representatives scouting for new clients. Often two or three outlets "offering" credit cards can be found in close proximity to one another.

The credit card business is indeed lucrative, especially given the fact that in Indonesia the number of credit cardholders is still small compared to the size of its population, namely not more than 8.4 million cards per last June, including 100,000 Platinum cards, with transactions amounting to Rp 31.4 trillion in the first half of the year.

Of course, to obtain good clients is not easy, which makes it understandable why card issuers compete fiercely with one another ion offering a million facilities just to maintain customer loyalty. Take Bank BCA, for example, which issues Visa Platinum credit cards as its prime service to its premium clients. This particular card is issued only to wealthy people and carries a maximum credit limit of Rp 50 million.

As the segment is limited, the target for this credit card has been set at 50,000 clients up to the end of this year. If you have one of these credit cards, you can enjoy a lot of facilities, including medical assistance services, which cover medical consultation to evacuation assistance, and also life insurance in the case of accident worth up to Rp 1 billion, which automatically comes into effect when the cardholder leaves on a journey paid for via the credit card.

Visa Platinum credit cards are also an "All-in-One" package, which constitutes a combination of various benefits offered by other BCA credit cards, such as BCA VISA Batman and BCA MasterCard MC2 and BCA Gold Card. "BCA is committed to constantly renewing and producing significant breakthroughs in banking services," said Suwignyo Budiman, BCA director, during the launch of Visa Platinum in June this year.

Not wanting to lag behind, Panin has launched the Panin Platinum Visa. "The market potential of the platinum credit card is big. At the early stage, we have set a target to issue 2,000 special cards for our premium customers and then after a year we expect to see a rise of to up to 20,000 cardholders," said Chandra Gunawan, president director of Bank Panin, after the signing of a cooperation agreement at Grand Hyatt Hotel, Jakarta on Sept. 18 this year.

According to the country manager of Indonesia for Visa International, Ellyana C. Fuad, Visa Platinum offers a lot of advantages. "If you have one of these cards, you can enjoy various advantages, such as 24-hour service, a Visa Platinum concierge and access to 200 renowned golf clubs around the world. In addition, you will be insured against accidents with a maximum insurance value of US$500,000," she said.

Citibank also applied a similar strategy by launching its Ultima Card and Platinum Card for its premium customers. Citibank issues nine types of credit cards to cater to various segments of society from the middle to upper classes. The target market for Ultima and Platinum covers executives and businessmen. As for the Ultima, its membership is "by invitation only" as Ultima Card is indeed designated only for Indonesia's crŠme de la crŠme segment.

The issuance of platinum credit cards is a response to the economic dynamics and rapid economic development followed by an increasing growth in the number of middle- to upper-class people. Despite the prospect of fat profits, however, the business of this "magic" card entails a high risk in the form of unsettled loans. That's why intensive efforts must be made not only to push commercialism but also to ensure that there will be a financial equilibrium so that banks, micro-wise, and the economy, macro-wise, will always be sound. (Burhanuddin Abe)