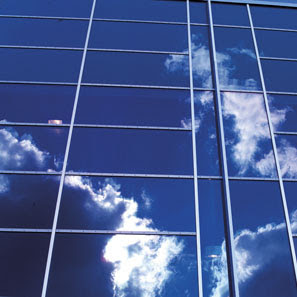 Transactions in Indonesia's apartment market are still high in frequency. Indeed, people's purchasing power has yet to fully recover after the recession but the property market, particularly the apartment sector, is quite promising. A number of developers continue to actively construct and sell apartments.

Indeed, a number of new apartment projects continue to emerge in major cities, particularly Jakarta. While before only certain people, such as expatriates, chose to live in apartments, these days local interest in such housing is on the increase.

This is especially so since more affordable apartments are being built. Theoretically, the middle-class market segment is more promising than the upper-class segment because there are more people in this social stratum than in higher social levels.

Apartment developers eyeing the middle-class include the builders of The Jakarta Residences in the Jakarta City Center compound, Sudirman Park, located a few hundred meters from the Hotel Indonesia traffic circle, and Latumeten City in Grogol. The developer of these three apartment buildings is the Agung Podomoro Group.

People's interest in buying apartments seems to have been kindled by the increases in fuel prices and transportation costs. Due to the increases, it makes more sense to live downtown, particularly in an apartments as it means saving on travel time and costs.

Indeed, from the late 1990s up to late 2001, the construction of apartments came to a standstill. There were no new apartment projects. It was not until 2002 that PT Agung Podomoro broke this lull in apartment construction with the launch of its middle- to upper-class apartment building Gading Mediterania, which marked the beginning of condominium construction. Since then, other large-scale projects have continued to emerge.

A marketing director of the Agung Podomoro Group said that the market for medium-class apartments, which sell for hundreds of millions of rupiah, is quite brisk. That's why apartments like those in The Jakarta Residences, which cost Rp 300 million to Rp 800 million, sell very well.

It is undeniable that there is a market for medium-class apartments. However, some people say that most of the owners are investors, not end users. The fact that many developers constructing medium-class apartments is inseparable from the issue of globalization, in relation to liberalization of the market in another two or three years. The consequence of liberalization is that many expatriates will come to Indonesia.

Others, however, have a different take on the reason. In 2004, purchases of apartments in Jakarta started to be dominated by local people, mostly single workers or newlyweds. "They do live in them. So the occupancy rate is not zero. In the past, apartments were leased or served as second homes, for example in Taman Anggrek, where apartments were occupied only on weekends. Today, many apartments are occupied," he noted.

This situation also confirms the latest Procon data, which says that the highest occupancy rate is found in lower-middle and middle segment apartments, namely at 69.0 percent and 64.6 percent, followed by the upper and upper-middle segments at 58.5 percent and 56.9 percent respectively.

Obviously, the apartment market continues to be brisk. Procon data also shows that the increase in apartment supplies in the second quarter of 2007 was 2,091 units so that the total cumulative supplies of leased apartments reached 28,371 units, up by 7.9 percent over the previous quarter.

This increase in supplies mostly comes from Sudirman Park, The Jakarta Residence, Gading Riverview City Home, CBD Pluit (Acacia Tower) and Serpong Resort Apartment (Maui Tower). The leased apartment market is still dominated by strata-title condominiums, which make up 77.7 percent of the total supplies of leased apartments, while the proportion for serviced apartments and leased apartments or town houses, is respectively only 9.3 and 12.9 percent.

And what about condominiums? The second quarter of 2007 showed a strengthening market performance of condominiums. Cumulative supplies rose by 3,575 units, up by 7.3 percent to become 54,284 units, made up of 52,807 strata-title apartments and 1,904 strata town houses.

In the second quarter of this year, two new projects and one expansion project were launched to the pre-sales market, which means 613 more units being planned, all targeted for the middle and upper-middle segments, which are the most active market segments. These projects are The Ambassade Residence (205 units) on Jl. Denpasar, Nifarro@Kalibata (Tower A, 279 units) and Papirus Tower in CBD Pluit (129 units). The latter project is an expansion of CBD Pluit and has just come on the market, while the other projects are not expected to be completed until 2009.

According to Siswanto, although the occupancy rate of condominiums is forecast to drop, the sales and pre-sales rate are expected to remain stable. "New projects will be offered at competitive prices, thereby serving as pressure on the existing condominium sales rate," he added. (Burhanuddin Abe)