Between competition and creativity in ads industry 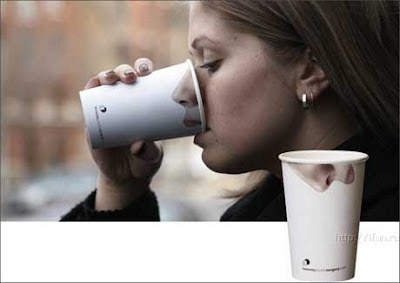 Bad Ideas are Dead. This was the theme of the ADOI Advertising Awards (AAA) 2006, which took place at the National Archives Building, Jakarta, on March 3. That night visitors could not help but feel the contradictions in the air, from the dominance of black and the line of Halloween skeletons from the entrance to the hall up to the stage. This implied that only the creative would win, not only in the present competition but also in the real (advertising business) world.

Indeed, marketing and advertising activities are flourishing. On the other hand, print and electronic media are also flourishing. But choosing the right media with which to advertise is, of course, not always easy, especially if you want the media best suited to promote your product and take into account the effectiveness of your advertising effort with respect to your target market. There are 11 local television stations and 60 regional television stations and cable channels plus some 600 newspapers, magazines and tabloids. Clearly, this reality poses a number of challenges to advertisers, advertising agencies and the media.

A complex market, media fragmentation and the increasing number of advertisements are forcing advertising practitioners to be more observant and work in a more strategic manner. Under such conditions, the availability of data and information, an understanding of industry trends and developments as well as being able to anticipate changes have become very important factors.

Advertisements are useful not only to build and create brands but also to increase market share, which is why some advertisers spend so much money on promoting their products. Nielsen Media Research recorded that in 2005, advertising spending stood at Rp 23 trillion (US$ 2.4 billion), a 5 percent increase from the Rp 22.911 trillion spent on advertising in 2004. This increase was evident in all types of media, although the most (about 70 percent) went to television.

Admittedly, the figure does not include discounts and incentives given by the media. According to the Indonesian Association of Advertising Companies (PPPI), net advertising spending in 2005 was only about Rp 12 trillion.

How will the business fare in 2006? According to the chairman of the PPPI, Narga Shakri Habib, advertising spending in 2006 will drop by 5 to 10 percent. The drop will be caused by an increase in production costs as a result of the hikes in fuel prices and by an increase in advertising rates. "The easiest thing to do is, of course, cut a company's advertising budget as cutting other budgets would pose a bigger risk to the company, such as layoffs," he said when meeting Minister of Information and Communications Sofyan A. Djalil some time ago.

Concurring with Narga, Ricky Pesik, managing director of Satucitra Advertising, said, "Obviously there will be a drop in advertising budgets. At best, budgets will remain the same as before. However, it's not that alarming. At least it won't be as serious as when the advertising industry was hit by the 1997 economic crisis," he noted.

Meanwhile, several quarters in the advertising industry have identified looming impacts of last year's various financial upheavals on the industry. However, Ricky said, producers that have a long-term interest in keeping their products in the forefront and companies that are in tight competition with each other will not drastically cut their advertising budgets.

In such a situation the challenge for advertising agencies is to demonstrate their smartness in providing a solution for their clients so that they can achieve maximum benefits from their advertising campaigns.

This year, however, there will be a shift in advertising trends, Narga predicts. Advertisers will shift from standard advertising methods to less conventional methods, like organizing special events or exhibitions. "The promotion of premium products like property, vehicles and electronic goods will follow this trend."

This is also supported by the assumption that less conventional promotional activities, which cost relatively the same as standard methods, bring a company closer to consumers or its target market. Shalini Gopalan Menon, president director of Interact Carlson Marketing, is convinced that besides standard advertising methods, unconventional methods are good PR exercises that are part of brand strategy and are quite popular among advertisers.

That's why many companies now prefer to organize special events, the visitors of which are prospective customers. This method is believed to be more effective and more measurable than standard methods. "Make no mistake, we're talking measurable results, not hypothetical findings, projections or 'smoke and mirrors'. We believe in accountable solutions and we put them in writing," Menon said.

Expressing a similar idea, Iim Fahima Jachja, account director of Virus Communications, said that part of the strategy should include daring, new breakthroughs, such as using alternative media that are yet to be tapped to the maximum. She suggested what he called high-integrity non-traditional media such as "guerrilla" media, public relations, the Internet, viral marketing and word of mouth. Television, she said as an example, is said to be the most effective advertising medium while in fact many people have begun to doubt its effectiveness. "The Internet, for example, has a unique advantage, namely mass customization, for the advertisement of premium products," she added.

The obvious is that competition involving advertising agencies is becoming increasingly tougher. However, one thing that causes concern, according to Narga, is that about 60 advertising companies in Jakarta will be forced to close down because of unhealthy competition. This condition will only worsen if rules of the advertising game are not quickly introduced. An advertising price war, in which advertisers are offered the lowest agency fees possible, is a strong indication of unhealthy competition. "At the end of the day, small companies will have increasingly fewer business opportunities because big companies can waiver their fees," he said.

It is also owing to this price war that 80 percent of the advertising business is now controlled by major companies that are affiliated with foreign corporations. In fact, these major companies only make up about 2 percent of the 450 companies registered with the PPPI. "So, the reality is that the minority enjoys a bigger portion of the business," said Narga.

In Indonesia, advertising companies are not the masters in their own country, according to A. Baihaqi, president director of Tactic Communications. In the past five years, there has been a tendency for an advertising company (a brand agency) to be no more than just a creative boutique because the execution or placement of the advertisement will be handled by media specialists, which are generally controlled by major companies affiliated with foreign corporations. This has therefore given rise to another problem because creative ideas and concepts are yet to be properly appreciated in Indonesia. The biggest income comes from agency fees, which, lately, have in fact become the real problem.

Unlike Baihaqi, Koes Pudjianto, CEO of PT Binamarka Citra Utama, believes that there is a need for advertising companies to anticipate these changes and move in the right direction instead of making a fuss about this global trend. "To be a brand agency should not be construed as a failure if this business is managed well and properly. The protection that must become the concern of the advertising industry is a ruling on split agency, which is 'fair' for brand agency," he noted.

Competition in the advertising industry, said Pudjianto, who is also a member of the board of advisors of the PPPI, has become increasingly less healthy, especially given the fact that this is a fee-based industry. However, there are also quite a lot of advertising agencies that stay out of the trap of advertising price wars and continue to grow. The choice to expand or grow in a more conservative manner with a focus on clients who appreciate and understand the interests of their advertising agencies may be a good option, although it is not the most alluring choice for advertising agencies.

"The sad story is here. Perhaps it is this factor that gives the impression that the advertising industry in Indonesia is dominated by advertising agencies affiliated with foreign companies. In reality, this is not the case. At least the condition of the advertising business in Indonesia is not as bad as in neighboring countries," Ricky Pesik concluded. (Burhanuddin Abe)