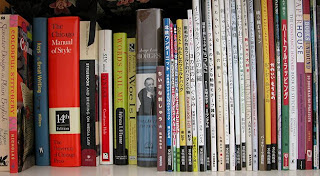 As a commodity, books have been gaining popularity. Don't be surprised, therefore, to see the emergence of new publishers in Indonesia. Some new publishers have published best-sellers, such as Gagas Media, which successfully launched teenage novels and other popular reading material generally considered part of pop culture.

Gagas Media has also adapted film scripts into novels, such as Jomblo, Tentang Dia, Heart, Mendadak Dangdut and many others. Successful films are expected to be followed by successful novels written on the basis of the scripts. Heart is a good case in point. Written by Ninit Yunita, this book has been printed eight times.

Interestingly, Gagas Media, developed by Moammar Emka, a popular writer whose first book was Jakarta Undercover (published by Galang Press), never hesitates to publish the works of very young writers. "These writers can depict their world accurately," he noted. Neither does Gramedia hesitate to publish the works of new writers. To obtain manuscripts for its "metropop novels", this publisher staged a writing contest with a prize that exceeded the regular fee paid for a story.

Indeed, teen novels are selling like hot cakes, especially because the reading community for novels in this category is developing. At least, this is the tendency that Gagas Media has captured with its establishment of a book club called Philobiblic on Sept. 13.
Philobiblic is a book club that caters to the community's reading and writing interests. Members of this book club are entitled to a 15-50 percent discount on all books published by Gagas Media. In addition, member are regularly sent the latest information about new titles. The publisher also invites writers to hold a discussion with readers.

Religious books have also gained popularity. Over the past four years, data compiled by the research and development division of Kompas daily shows that the sales of religious books have jumped to the upper position, following comics and children's storybooks.

Since religious books, particularly those on Islam, have gained greater popularity, bookstores now have special display areas for these books. Books giving practical tips such as a guide to Islamic prayers, for example, and "spiritual psychology" are topics that are in great demand. These books sell well not only during the fasting month of Ramadhan but in other months as well. A book by Aidh Al Qarni, La Tahzan Jangan Bersedih (La Tahzan Don't Be Sad), for example, has been a top seller for the past two years. Indeed, this book, which has been translated into 29 languages, is also a top seller in other parts of the world.

The same can be said in the case of books written in English. "In view of the great number of acts of terror in several parts of the world allegedly masterminded by hard-line Muslims and owing to the U.S. invasion of Iraq, many people are interested in learning about Islam," said Judo Suwidji, managing director of Java Books, distributor of imported books and also manager of Periplus.

Indeed, topics covered in religious books cover a broad spectrum. Books written by Karen Armstrong about Islam, in their original or translated version, for example, have enjoyed high demand. Meanwhile, The Da Vinci Code by Dan Brown (in its translated version) has, since October 2004, enjoyed an upper position on the list of "Best-Sellers of Pustakaloka". More than 100,000 copies of this controversial novel in translation, which is published by Serambi, have been sold.

Religious books have attracted a lot of attention because more open ideas are being published. In the Gramedia bookstore in Matraman, Jakarta, for example, religious books have enjoyed second position on the list of best-selling books, following books for children and teenagers (including comics) in the last three months.

Publishers that usually publish books on social and religious subjects are represented by Mizan (including Mizania and Hikmah, its subsidiaries), LKiS and Gema Insani Press. Indeed, not all the books they have published have enjoyed good sales because serious books about critical ideas do not sell as well as practical books and books on practical Islamic psychology.

Today, light reading material with a pop culture content are what readers seem to want. A publisher must think twice before publishing serious books containing critical and profound thoughts. That's why publishers must find alternative themes and easily digestible popular writing styles if they want to survive. (B. Gunawan)