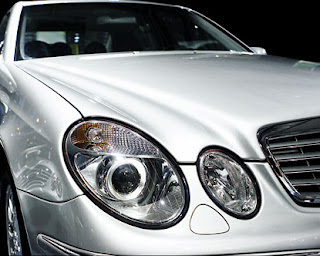 The country's political map may be changing, but the automotive industry can sigh in relief as it has largely remained unaffected. The various elections for regional heads and governors has not shaken the domestic automotive business at all.

Will Angove, president director of Ford Motor Indonesia, said that this year the company's sales had increased and as of August sales had been recorded at 3,600 vehicles, including 938 Escapes, 1,238 Everests, 518 Focuses and 428 Rangers. "In total, Ford's sales in 2007 have increased 56 percent from 2006," he said.

Although 2006 was not a very bright year for Ford in terms of local sales, Angove is optimistic that the situation will turn for the better.

Data at the Association of Indonesian Automobile Manufacturers (Gaikindo) say car sales in Indonesia reached 300,000 vehicles last year, but by the middle of 2007 car sales had surpassed 320,000 units. It is predicted that the number will reach 410,000 vehicles by the end of the year. "Next year car sales will likely reach 500,000 units, just like in 2005," Angove said.

Indeed, competition is getting tougher among premium car brands. To fight in this segment Ford relies on a number of strategic factors: products are designed for the Asia Pacific market, especially Indonesia; a wide sales network comprising 26 stores; resale value; as well as highly skilled and comprehensive principal dealer manpower, from sales force to mechanics.

Apart from marketing its luxury brands, Ford is full of optimism about its preparations to enter another lucrative segment next year -- small cars. Funds are being made available for the Ford Kuga and Ford Verve, which are manufactured in Thailand.

Equally optimistic about business is Astra International president director Michael D. Ruslim. He was predicting two years ago that the automotive industry would experience a revival in 2008. The improvement, he said, was in line with the development of infrastructure that would boost investment in Indonesia. Should people's purchasing power be still low in 2007, then 2008 would be a recovery year.

However, Toyota still remains the market leader in Indonesia. In the middle of 2007, Toyota enjoyed a market share of 33.7 percent with sales of 12,927 vehicles comprising Kijang Innova, Avanza and Camry.

A survey conducted this year by an international organization, J.D. Power Asia Pacific, indicated that Toyota was top of the Customer Satisfaction Index (CSI) as the best brand selected by customers. "We are optimistic that domestic car sales will keep growing as the macro economy has become more stable, and it is home-coming time at Lebaran, so car sales will pick up by between 10 and 20 percent," said Johnny Darmawan, president director of PT Toyota Astra Motor.

His confidence seems well founded, because the Islamic New Year or Lebaran is often a time to buy new things, from new clothes to new cars. So, a car seems to be another logical item on the shopping list. Domestic car sales have always increased during Lebaran.

Returning to hometowns has been a tradition in this country for decades. Although airfares have become cheaper, many people still prefer to travel by car with their family members. Of course, cars that suit such trips have spacious cabins and luggage space to enable passengers to carry gifts for their relatives and neighbors in their hometowns.

It is no wonder that the Kijang, advertised as a people carrier able to transport family and neighbors, is a popular choice. Other multi-purpose vehicles MPVs), such as the Honda Odyssey with a capacity of seven passengers, and the Grandis or Nissan MPV, are all spacious. But these three vehicles can only be afforded by a certain segment as they carry quite high price tags. So most people choose the Kijang, with its affordable price.

There are several things that Indonesian buyers want in a car. These include attractive model, a widely known brand, affordable price, economical, high resale value, able to carry many passengers, after sales service, a broad service network and availability of spare parts. Widely known brands have the most pulling power, for example the Toyota Avanza and the Daihatsu Xenia, the "twin brothers" that are manufactured at the Daihatsu plant, PT Astra Daihatsu Motor in Sunter, North Jakarta. Avanza and Xenia, categorized as economical cars, are often referred to as the little siblings of the Kijang.

However, competition between car brands in the price range of Rp 130 million to Rp 250 million is indeed tough. Many car manufacturers are getting ready to launch their latest models for this lucrative segment. Earlier this year, PT Nissan Motor Indonesia launched the Grand Livina. With prices lower than the Kijang and more efficient fuel consumption, this new MPV has been touted by some analysts to become the "Kijang killer". Nissan said it had received an influx of orders soon after it unveiled the new car.

It has yet to be seen if the new car will be able to take away a portion of Kijang's slice of the market. Besides the Grand Livina, Nissan also sells the Serena, the Terano, X-Trail, the Frontier, the Teana and the Murano.

As the market leader, Toyota will obviously not take the competition lying down. There are rumors that the "King of the Indonesian car market" is currently busy tinkering with an innovative multipurpose vehicle project so that its market share remains solid. Clearly, competition between major car manufacturers will be tight next year. (Burhanuddin Abe)