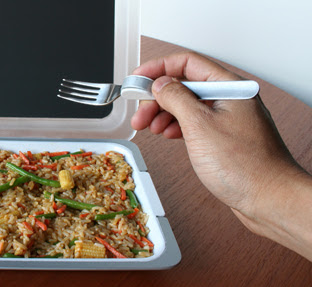 The term "information technology, or IT, applies to the invention of the Internet and its release into the market. The Internet is a worldwide computer database that is technically available to anyone with a computer and a telephone. With the help of the Internet, and its attendant facility, the e-mail, communication can be made over vast distances without one seeing, knowing or physically talking to the other party. This feature has helped to stimulate business dealings and easy acquisition of contacts.

The Internet became the vehicle in which ideas may be spread around easily and research into a particular key issue done easily and conveniently. Online search engines allow access to websites yielding information from all parts of the world on a particular subject within seconds. Along with the cell phone, the Internet is one of the greatest inventions of the 20th century and one of the mainstays of globalization.

The Internet was originally designed for intended use by the U.S. military. Alongside its satellite technology or global positioning system (GPS), which gives situational up-to-date information on the battlefield, the U.S. system of waging war was revolutionized and demonstrated its awesome capability during the Gulf War. Commanders may communicate with each other easily and with the central command, assuring that the highest decision makers have a relatively clear idea about what is going on. This phenomenon of removing essentially the "fog of war", where commanders in the past had to make instant decisions based on ignorance or only partial information on the battlefield, which led to an astonishing low number of casualties in the U.S. Army and its allies in the Gulf War, while inflicting devastating defeats on the enemy forces.

After the Gulf War, the Internet eventually was released slowly on the market, alongside improvements in computer technology. Immediately, the civilian world saw the potential for its use in the commercial, administrative and mass media context. The Internet provides the following benefits:
* A cost effective billboard for advertising products in reaching out to the world market.
* The gradual removal of middlemen and agencies in matching product service providers with purchasers, leading to direct buying and selling.
* Storage of important financial data for banks and other commercial enterprises.
* Wire transfers of funds, such as PayPal accounts.
* A better and more convenient information provider and therefore less ignorance on the part of individuals.
* A reduced need to engage in physical travel, such as the mailing of certain type-written documents.
* As an easier and more convenient vehicle for research and development, and a more convenient and efficient way to search for information.
* As a convenient form of administration and record keeping for bureaucracies and ministries, making redundant the need to keep cabinets of paper records and files, thus freeing office space as well as increasing efficiency.
* News dispersion through media coverage on online news websites.

The Internet is undoubtedly an important part of the process of globalization. An innovation originally designed for military use, it has led to even greater inter reliance of states with each other, and also brought forth and crystallized the idea that a free market economy presided over by a capitalist type of democracy is the key to creating and distributing wealth.