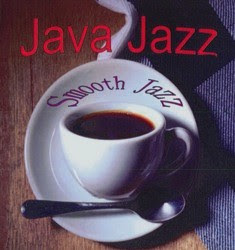 SOME people say they can't live without music, but Nungki Soetrisno goes one step farther and says he can't live without jazz! It may sound extreme, but just take a look at what Nungki, born in Yogyakarta on Sept. 18, 1963, does every day of his life.

When he gets up in the morning, he listens to one or two jazz pieces. On his way to the office, he again listens to a few jazz numbers in his car. In his comfortable office, Nungki, managing partner of Neo Indonesia advertising company, also listens to this "black music". When he is in a good mood, he enjoys mainstream jazz, ranging from Bebop to Swing. He prefers pieces played by Big Bands, such as the Count Basie Orchestra, Charli Parker and Duke Ellington. When he is stressed out because he can't think of a spiel that he can offer to a client, for example, he prefers to listen to Fusion Jazz.

"After listening to one or two songs, my head clears and I get fresh ideas," said Nungki, a graduate of the School of Economics, Gadjah Mada University (UGM), with over 15 years' experience in the advertising world.

Before he goes to bed, at about 10 p.m., he still finds time to enjoy some jazz, either on CD or DVD. "My wife knows not to disturb me if I'm listening to jazz," he chuckled.

Nungki has hardly missed a single jazz concert in Jakarta. He has attended, for example, JakJazz, Java Jazz, concerts by George Benson, Al Jarreau, Tania Maria, Diana Schuur, Lee Ritenour and David Benoit. And he plans to catch the performances of jazz musicians at this year's Java Jazz, for instance those of Chaka Kahn and Sergio Mendez. "Neither of them must be missed," he said.

Nungki's love of jazz began when he attended senior high school in Yogyakarta. Back then a friend from Jakarta gave him a cassette of jazz songs. "I found the songs nice to listen to," he said, reminiscing, adding that Autumn Leaves, one of the songs on the cassette, appealed to him the most. After that he always kept an eye out for jazz cassettes, which could easily be found in Yogyakarta. Ever since then he has got pleasure out of listening to jazz of various genres and generations.

When he was a student at UGM, he joined a marching band and played the trumpet. Playing the trumpet deepened his love for music, particularly jazz. Knowing how difficult it is to play the trumpet, he greatly admires Miles Davis, Louis Armstrong and a number of jazz musicians who play the trumpet or other wind instruments. "Jazz is highly inspiring. It helps me in my work. I set up an office with two friends of mine. We are free to create anything that is compatible with our own capabilities and areas and we all complement each other. It is like jazz, where there is a lot of improvisation, but all the musicians complement one another," said Nungki, who has over 100 cassettes/CDs/VCDs/DVDs, with 90 percent of this collection being jazz. (Burhanuddin Abe)