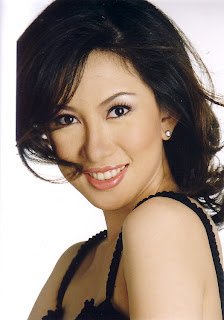 One afternoon in a cafe, Sonia Wibisono heard the indistinct crooning of a female singer. Sipping a cup of tea, Sonia, a celebrity doctor, was mesmerized and found it was a cure for the boredom she felt waiting for a client. After inquiring, she was told that the singer was Norah Jones, a jazz singer who has gained popularity around the world.

After that, Sonia, who as a university student loved disco music, became interested in jazz as she found it pleasant to the ear and enjoyable. "People say this music is difficult to enjoy, but some songs are sentimental and easy to listen to," said Sonia, who loves the wind instrument music played by Dave Koz. She was already familiar with the music of romantic tenor saxophonist Kenny G and the late Embong Rahardjo.

Indeed, it is not jazz of the early periods that Sonia, the presenter of O Clinic, a program on O Channel, likes listening to but jazzy pop. Among the jazz singers she likes are Ermy Kulit, Iga Mawarni, Ruth Sahanaya, Harvey Malaiholo and Glenn Fedly. Although they are all well-known in the pop music world, they are all rooted in jazz.

As for instrumental music, she prefers the easy listening type such as GRP albums, ranging from Lee Ritenour, Dave Valentine, David Benoit, etc. "I'm married, so perhaps my choice of music is the slow type. I believe this kind of music can give you peace of mind and is suitable for relaxation," said Sonia, a mother of two.

Although she is fond of slow music, Sonia, formerly a finalist of "Abang and None Jakarta", does not mind other jazz genres as long there is harmony. Al Jarreau, she said, is one of her favorite singers. When this African-American singer came to Jakarta, she excitedly attended his concert. She likes not only energetic songs like Spain and Take Five but also Jarreau's slow and melodious songs. "His voice is excellent. He is all heart and soul when he sings. Who could resist that?" said Sonia, who also does the "Kuku Bima" commercial.

She is not that into the musicians performing at this year's Java Jazz, but hopes she can see the performance of Sergio Mendez, who reminds her of one of Indonesia's leading jazz musicians, Elfa Seciora. (Burhanuddin Abe)