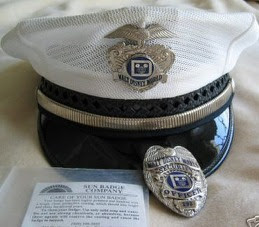 If you are a tennis fan, you no doubt attentively watch the most prestigious and reputable tournaments, such as Wimbledon. Besides being familiar with the top players who handle their rackets with adroitness, you must have also noticed how professionally the tournaments are organized. In fact, besides the competition management that is prearranged by the World Tennis Association, the security of every match at Wimbledon is also managed by one of the world's leading security providers, Securicor (Group 4 Securicor).

Securicor deploys about 20 security personnel to oversee security at the matches that involve world-class players. They usually wear white uniforms. Securicor, which has offices in 100 countries providing high quality security services, has been handling security at Wimbledon for the past 20 years.

And just like Wimbledon, all sorts of businesses demand one important thing: security, which can be quite expensive in these days of escalating crime. For banks, for example, security is a sensitive issue. A bank has to be a safe place for financial transactions apart from being prudent. A bank also has to secure transactions at the bank as well as at its ATMs. Therefore, ATM booths are equipped with CCTVs that are monitored by security officers.

Developments in CCTVs have been fast and as such they have become easier to control and more reliable. Security companies, such as Securicor, supply CCTVs as well as security guards and related equipment in one-stop services.

Due to the importance of this business, hundreds of security companies exist in Indonesia. They are all members of the Security and Rescue Services Agency (BUJPP). "This business has grown from year to year," A. Azis Said from the Indonesia Security Managers Association (AMSI) recently told the media. Among AMSI's members are a number of multinational security companies.

Along with rapid developments in telecommunications and IT technology, manufacturers and sole distributors of security equipment are involved in stiff competition and have broad concepts of security. Today's CCTV is not only monitored manually at a specific location, but also on a laptop or a PDA via Internet and cellular technology. Other customized CCTV monitoring is also provided not only for a small booths like those housing ATMs but also for huge buildings where important events are held using high definition cameras for day and night recording. The type of cameras used are no longer the conventional CCTV CCD, but Dome, Infra-red Dome, Waterproof Infra-red Dome, Speed Dome (PTZ), Hidden Camera, Wireless, Vandal as well as the high tech mini-camera.

"The banking and finance world are now most concerned with security control and monitoring in remote areas," said Muhardi, technical director of Symbio Corp., a company that designs security technology for banks and airlines. "Today's security monitoring devices are highly accurate and easy to operate. Also, we can provide security equipment and services whenever and wherever needed in real time," said Muhardi, who graduated from the Bandung Institute of Technology's School of Aviation Technology.

According to Muhardi, criminals will face a tough time if they want to steal a bank's assets if it has an integrated security system. Just imagine, he said, CCTV monitoring can be done wirelessly using a PDA (live streaming from CCTV camera) and the result can be automatically stored on a hard disc that can be checked regularly. The equipment also reacts to anything suspicious (motion detect). The software can also be designed in such a way that when there is a problem with the equipment the alarm goes off and alerts a cell phone, PDA or laptop via the Internet.

This security company provides a wide spectrum of services: security consultancy, the supply of security devices, security training and education, cash in transit and guard services as well as rescue services. However, most domestic security companies provide guards or security officers. A number of domestic security companies also imitate foreign counterparts. One of them is PT Universal Security Indonesia (USI). This company competes directly with foreign companies. "Lucky we have an international reputation so that we have many multinational clients," said Pumpida Hidayatullah, the director. The company's total security solution is used by an American oil company, PT Ellips Energy, as well as by the central bank for cash in transit.

PT Ellipse Energy, established in October 2005, uses USI's services by contracting 25 security officers for its oil and gas fields in Cikarang. "The contract is worth billions of rupiah," said one source at Ellips. Besides providing security officers and security equipment, USI has a school that offers a bachelor's degree in security. "We were inspired by the International Security Academy abroad," said Poempida proudly.

He conceded that the security business was quite lucrative. It is profitable because the business can provide various customized services according to a client's requirements. A security system, depending on equipment, etc., can cost hundreds of millions to billions of rupiah. "We have survived because we can make money," he said. The company's sales, he said, reached billions of rupiah. The largest contribution to profit, almost 50 percent, is the company's cash in transit service.

The growth of security companies is in line with the changing paradigm of customers who require customized services. Most clients no longer recruit their own security personnel but choose to outsource. This way they can concentrate on their core business. So, if you want to focus better on your core business, hire the services of a reliable security company for your security needs. (R.Dijan Subromo)