Mandatory CSR in Indonesia: Waiting for the details 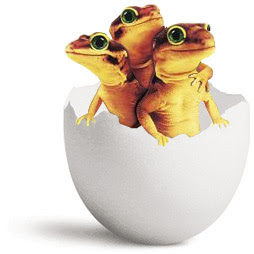 Despite strong protests from the business community, and cynical indifference on the part of the public, the provision requiring mandatory participation in CSR programs was retained, although it was modified to cover only companies in natural resource-based sectors. The bill was passed on July 20, 2007 and became operative on Aug. 16, 2007 as Law No. 40/2007 concerning limited liability companies.

Article 74 stipulates that all companies engaged in the exploitation of natural resources must conduct environmental and social responsibility programs and that they will be liable to sanctions if they fail to do so. The funds expended on CSR programs are to be considered as part of a company's annual operating costs, and so can be set off against taxation liabilities.

The revised law also mandates disclosure of activities related to environmental and social responsibility programs in companies' annual reports. This stipulation has broad corporate support, given that disclosure is regarded as a "best practice" that has been required and practiced by the Capital Market Supervisory Agency (Bapepam) since last year.

In Indonesia, The Center for Sustainability reporting and business groups have lobbied for the adoption of such practices by Indonesian companies with considerable success. In 2004, only one listed company issued a sustainability report; in 2005, this had increased to four; by 2006, 12 companies issued stand-alone sustainability/CSR reports in addition to their annual financial reports.

Nevertheless, there is still a need for an ancillary set of regulations to augment and clarify Law No. 40/2007 in order that it can be transparently and consistently implemented. At the moment most corporations are still unclear as to what their specific obligations are, and the public suspects that is yet another legislative package that will be summarily ignored if compliance is either inconvenient or expensive. Careful consideration indeed will have to go into the formulation of this most critical aspect of CSR legislation in Indonesia.

In fact, creating the ancillary regulations will be more challenging than the formulation of the law itself; while the law expresses a general set of principles, and formulates a lofty goal, the details of how these principles will be implemented in practice needs to be contained and clarified in these regulations.

Indonesia already has an abundance of legislation governing environmental and social issues. The difficulty is that these laws are scattered, unconnected, administered by different agencies and departments, sometimes redundant, and occasionally even contradictory. Clearly there is no need to create yet another set of laws in these areas.

Rather, the ancillary regulations will be a compilation and harmonization of the relevant existing laws, including those on issues related to the environment, water resources, biodiversity, general mining, oil and gas mining, forestry, labor, social security for employees, national social security system, human rights, state-owned enterprises, and foreign investment; the ancillary legislation will also address the central bank and capital market regulations.

Indications are that the ancillary regulations will not apply levy systems, requiring contributions to government departments from the corporations, and that the government will not collect funds from businesses for CSR programs. If the system is to be implemented in an ideal way, as seems likely, both the extent and the form of the CSR programs are going to be the business of businesses, not of a government body.

For this mammoth undertaking to be effective, however, it is absolutely vital that the new regulations and their monitoring be enforced constantly, regularly, consistently and transparently. With sufficient public awareness and the constant scrutiny of the business and international community, it is possible that these uniquely Indonesian social and environmental laws will not only look good on paper, but will actually have a measurable effect on the lives of the people of the region.

It is time that we in the business and environmental communities accept that the new laws exist; the time for protest is over. With mandatory CSR programs now established as law, corporations must consider what kinds of programs are most suitable to their circumstances and most beneficial to the community.

While laws have been established that make CSR programs mandatory, the manner in which these laws will be implemented will not be apparent until the ancillary regulations are in place. Thus, we will have to wait until the end of the year when these regulations are established to judge the effectiveness of what is shaping up to be an enlightened approach. (Ali Darwin and Patrick Guntensperger)
Ali Darwin is the executive director of the National Center for Sustainability Reporting and Patrick Guntensperger is a writer, lecturer and consultant specializing in sustainability and communications.
The Jakarta Post, November 21, 2007
Posted by Burhan Abe di Wednesday, November 21, 2007