Welcome to the platinum community! 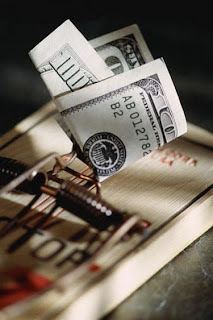 A credit card is not merely a loan facility for shopping but is also a status symbol. When someone pays for something with a credit card, particularly of the platinum class, what may come to mind is not only the high credit limit but also the high level of prestige involved.

The BNI Visa Platinum Card, for example, positions its owner as an established and successful individual, especially because it comes with a credit limit starting from Rp 75 million, giving the cardholder the freedom to make transactions at millions of merchants or ATMs in the Visa or Plus network the world over.

In addition, service access and features are made available for this "special individual", ranging from travel accident insurance of up to Rp 4 billion (about US$440,000), purchase protection of up to Rp 100 million and a "Perisai Plus" of up to Rp 300 million for facilities of The Platinum Life, which comprise Visa Platinum Club, Bon Appetite Club and Luxury Golf Holidays, all representing special offers from world-class merchants.

Although not in exactly the same way as BNI, Bank Niaga also pays special attention to premium-class customers. Through special programs for its premium credit cardholders, this bank, now over four decades in existence, continues to fulfill the expectations of its customers for an attractive credit card that gives them lots of benefits.

Bank Niaga has two service units for its top customers, namely Private Banking and Preferred Circle. Preferred Circle, established in 1991, is an exclusive banking service aimed at promoting relations with Bank Niaga clients so that they become loyal customers. Preferred Circle focuses on ease in transactions and optimum management of a customer's assets.

Each person's lifestyle and needs are indeed unique, which poses challenges for banks to meet the requirements that suit the changing times. It is for this reason that BCA launched its BCA Visa Platinum credit card in the middle of this year, when it celebrated its 50th anniversary.

A Visa Platinum Credit Card is an all-in-one package representing a combination of benefits offered by other BCA credit cards, such as the "Pay One For Two" offer at 21 cineplexes and Hard Rock Cafes in regards to BCA VISA Batman Credit Card and BCA MasterCard MC2, or special offers at particular outlets such as at Bakerz In, Healthy Choice and other places, in the case of BCA Gold Card Credit Card.

Of course, the Visa Platinum Credit Card also has its benefits, such as medical assistance covering health consultation services to evacuation, as well as life insurance worth Rp 1 billion in the case of an accident while traveling. "In addition, BCA collaborates with VISA to ensure that holders of this card can also enjoy the exclusive services offered by VISA worldwide privileges, with their round-the-clock services, and Visa Platinum Club," said Suwignyo Budiman, BCA director.

UOB credit cards, namely Visa Classic, Gold and Platinum, said Armand B. Arief, president director of UOB Buana, give holders a low exchange rate when they shop in Singapore. These credit cards also offer an attractive travel program in cooperation with Singapore Airlines' Krisflyer. In addition, cardholders are covered by travel insurance and get additional discounts at various shopping centers in countries serving as shopping destinations. In addition, UOB Buana credit cards allow a payment of 0.35 percent of the monthly billing statement. "In short, UOB credit cards give interesting benefits, programs and features to customers," he said.

Banks compete with each other to lure big-wig customers, which is not without reason. The Credit Information Bureau estimates that platinum credit card potential may stand at over one million customers, but to date only 70,000 have been tapped.

According to the country manager of Visa International Indonesia, Ellyana C. Fuad, Visa Platinum credit cards are intended for people with a minimum income of Rp 500 million annually. They are, therefore, entrepreneurs and members of a company's board of directors. In Indonesia, however, the use of a credit card as an instrument of payment is still at a low level, not more than 1.2 percent of the population. Abroad, meanwhile, it is 4 percent of total population, particularly in advanced countries.

According to data compiled by Morgan Stanley of Singapore, there are 7.2 million super rich people controlling assets worth $27 trillion. In 2005, the assets of wealthy families in Asia was estimated to stand at $7.3 trillion.

How does Indonesia stand in all this? Apparently there are an estimated 3,328 families controlling assets worth $5 million to $20 million. Meanwhile, there are 167 families with assets worth $20 million to $100 million. Incredibly, about 80 percent of these super rich families are domiciled in Jakarta and its surroundings. In 2006, the growth of the High Net Worth Individual (HNWI) group in Indonesia reached 16 percent. Indonesia is recorded as a country with the third highest growth rate in the Asia Pacific, following Singapore and India.