Year's end -- places to go and things to see 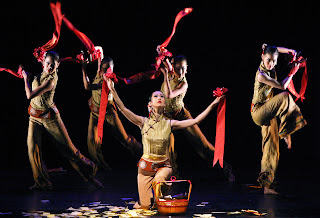 Planning overseas travel for your year-end holiday? Asian cities like Taipei in Taiwan and New York or Seattle in the United States are worthwhile destinations as these Northeast Asian and Western cities offer unique and appealing tourist attractions and excitement.

When it comes to reaching destinations, flight availability is of utmost concern to travelers. In regards to airlines flying to Taipei and New York, EVA air is considered one of the most reliable.

EVA has the most flights between Jakarta and Taipei, flying five times a week. Passengers can either fly on to somewhere else, such as New York or LA, or stop over in Taipei for some sightseeing with the family.

Getting around Taipei is relatively easy. The MRT stops near most areas of interest. There are well-marked signs, in both English and Chinese, throughout the stations. There are above and underground lines. The above ground lines are particularly good for sightseeing. An automated system announces each station's name when approached, in English, Mandarin, Taiwanese and Hakka, according to http:/wikitravel.org.

Sights to see in Taipei include Taipei 101, a 101-floor landmark skyscraper that is the tallest skyscraper in the world open to the public, measuring 449 meters from ground to roof. It has indoor and outdoor observatories that draw visitors from all over the world. Within walking distance of Taipei 101 is the Sun Yat-sen Memorial Hall, an impressive white structure used as a multi-purpose social, educational and cultural center. The National Palace Museum is a must-see for first time visitors to Taipei. It houses the world's best collection of Chinese historical artifacts and antiquities.

In the same district as the National Palace Museum is the Shilin Night Market. As in many Asian cities, night markets are a staple of Taiwanese entertainment. Night markets are open-air markets, with vendors selling all sorts of wares. Many bargains can be had and bargaining is usually the norm.

For holidaymakers traveling onto New York for a fun-filled end of year holiday, EVA will be introducing its new Boeing 777-300ER on the Taipei-New York route. With the new planes, EVA will fly to New York nonstop and reduce flight time to its three weekly flights to 14 hours, shaving off approximately four hours and eliminating a stop in Seattle.

And once in New York and recovered from the long flight, travelers will find there is much to see and do in the city that never sleeps. Visit the Statue of Liberty, a major tourist attraction that is one of the most recognizable icons of the United States. Another major attraction is the Empire State Building - where Peter Parker visited the observation deck on the 86th floor with his Aunt Mary in Spiderman 2 and atop of which circling aircraft shot at King Kong in the movie.

Or take a trip to Ellis Island - where the country's migrants used to land for a life in the "land of the free". Or catch a Broadway theater production, visit a museum such as the Metropolitan Museum of Art, and other tourist attractions including Washington Square Park, Rockefeller Center, the Bronx Zoo, New York Botanical Garden and Central Park, where you can do the quintessential tourist thing and go on a handsome cab ride.

One Times Square, which has achieved the status of an iconic world landmark, is an exciting place to be on New Year's Eve. It is the site of the annual New Year's Eve ball drop when hundreds of thousands of people congregate to watch the Waterford crystal ball being lowered on a pole atop the building, marking the New Year, says wikitravel.

And, of course, there is luxury shopping to be had along Fifth Avenue. Branded names can be found on this avenue - Louis Vuitton, Bvlgari, Prada, Fendi and Saks, to name a few. Fifth Avenue is also the traditional route for many celebratory parades.

New York's food culture, influenced by the city's immigrants and large number of dining patrons, is diverse. Jewish and Italian immigrants made the city famous for bagels, cheesecake and New York-style pizza. New York is a city for walking and there is sure to be a day when you will buy food from one of the more than 4,000 mobile food vendors selling everything from hot dogs and pretzels to falafels and kebabs. The city is also home to many haute cuisine restaurants.

New York will keep you busy right up until your departure day. And with plenty of time to sleep on the long flight back home, be sure not to miss out on all that exciting New York has to offer.