One child, one laptop program 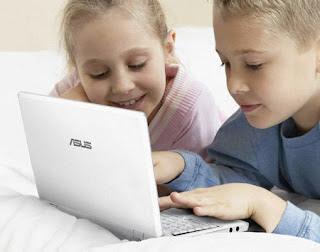 With more low priced laptops on the market, the digital divide in the country is set to become narrower. About five years ago Michael Dell, the owner of Dell Computers, did not believe in a proposition put forward by Nicholas Negroponte from Media Lab Massachusetts Institute of Technology (MIT) on low cost laptops for developing countries, or the One Child-One Laptop program.

However, today, Negroponte's 20-year-old dream is being realized. After lots of research, traveling to a number of countries to source low-cost LCD technology, affordable processors and cooperating with online encyclopedia Wikipedia, Taiwanese manufacturer Quanta is producing a laptop at an extremely low price, US$150 each.

In September, the laptop, marketed as Easy to Learn, Easy to Play, Easy to Work (Eee PC), was officially launched by Asustek Computer. Each laptop, which weighs less than one kilogram, carries a price tag of $250 (Rp 2.4 million). Just compare the price with that of other laptops available on the market. "Within two weeks after the launch in the United States, more than 10,000 Eee PCs were sold," said Sunny Han, director of Asus Global Brand Center.

Walter Bender, group president of software and content at Massachusetts Institute of Technology, said the laptop uses Linux operation mode and is equipped with a digital camera as well as a wireless system. It also has an electronic notebook and a program for composing music.

For its initial launch, Asus introduced just one type of Eee PC, the Asus 4G or Asus 701 in solid white. At seven inches, the laptop's screen is about the length of an adult's hand. Although it is of minimalist design it has maximum features. It can operate like most other laptops, including for office work and Internet access. It will be on the Indonesian market in January. Indeed Eee PC will create a new segment in the laptop market. One analyst has predicted that within three years it will control 20 percent of the international market.

However, many market analysts doubt that it will cut into the market shares of established brands. In Indonesia, for example, the low priced Intel Celeron, which has a processor, does not enjoy robust sales compared to the Intel Centrino, which also has a processor, or the Centrino Duo, both of which are more expensive.

Still, the Eee PC has a different marketing approach, which is not entirely commercial but aimed at assisting developing countries in the One Laptop-Per Child (OLPC) program. A number of developing countries, such as Argentina, Brazil, Pakistan, Nigeria, Libya and Thailand, have committed to purchasing Eee PCs. At present the factory is in full speed to produce 44,000 Eee PCs per week. "So far we have received orders for 300,000 units," said Negroponte.

During the first days of its launch one unit was sold every six seconds. The success story of Eee PC has spurred other manufacturers, for example Intel, to plan production of low-cost laptops, which they say are more for charity. One such laptop, the Classmate, will be released for $150. Just as its name suggests, it is designed for students. Local sales will made through the government, which will receive 100 units before the end of this year.

Craig Barrett, chairman of Intel, stated that the intention of the company is to target developing countries. According to Intel, in the next 10 years the market in developing countries for low-cost laptops will reach between 500 and 700 million units. So, it will be a huge market, although Intel will make only a few dollars per unit.

The war drums in this segment are now becoming louder. Over the past few months Negroponte has openly criticized Intel. He has accused Intel of trying to block the OLPC program, pointing out that OLPC is a non-profit program. Negroponte claims Intel is upset that OLPC laptops use CPUs from AMD, which is Intel's competitor. However, the competition will no doubt result in lower prices, and if Intel Classmate can be sold for less than $150, then Negroponte's goal will be achieved, that is, a laptop that is affordable for every student. (Reyhan Fabiano)