Which television would you choose: LCD or Plasma? 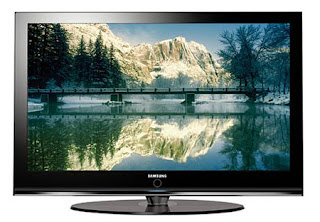 Perhaps it is time that the convex TV was relegated to the museum. These old TVs are rarely found in electronics shops these days. Mostly you will see slim, flat screen TVs. These TVs, with an elegant design, more easily suit the modern home as they can be placed just about anywhere, such as hung on a wall.

Manufacturers are paying attention not only to the design of their TVs but are also including sophisticated features to produce pictures with a fast-motion mode, reinforcing the quality of the pictures, design and audio quality, as well as making their products environmentally friendly.

Yes, LCD television sets have now rapidly begun to be used for various purposes and are replacing cathode ray tube (CRT) flat-screen TVs as more and more old-model TVs in the living room have given way to TVs with a larger screen and a higher picture resolution. All Sharp TVs in the A-Series (A33, A53 and A83), for example, feature a slim-line design with a trimmer profile and offer a "small footprint with a big screen" which reinforces the meaning of place-efficiency. Another advantage is that all models use LCD Kameyama panels to produces fine pictures with fast-motion and high-definition features, a quick response time and a wide viewpoint.

In addition, this model, which is referred to as Aquos Full HD, gives a dynamic contrast ratio of 10,000:1 (the contrast ratio of dark room being 2000:1), which produces fine, clear and living pictures in pitch dark color like velvet, even in a brightly lit living room. Therefore, viewers can enjoy the pictures in the same quality as their originals, in a TV program, movie or video format.

Following the Aquos series, in early November 2007, Sharp Electronics Indonesia (SEID) launched the world's largest LCD 65-inch Full High-Definition monitor, the PN-G655E, which is the outcome of intense research and huge investment in the development of wide-screen technology. The imposing 65" display panel, with an original resolution of 1920 x 1080, has been designed for accurate and precise picture reproduction.

With its special components for commercial application, the PN-G655E provides superior resilience for continuous use in various series of applications such as for a teleconference and medical simulation, for banking/finance purposes, for CAD/CAM or for retail use or in educational institutions, in a control room, in showroom, as signage digital and others. Complete with the input for video signals, HD signals and basic PC signals, the PN-G655E will lead to a bright and color-rich presentation as well as sharp pictures in high resolution.

In short, Sharp is pursuing the quality of pictures and audio, product design as well as an environmentally friendly product. In this way Sharp is making its TVs new lifestyle equipment for audio-visual purposes in various sizes, ranging from units for the living-room to special models.

Not to be left behind, PT Panasonic Gobel Indonesia, the producer of Panasonic TVs, has met the market demand for flat panels by launching several types of Plasma television sets. Take the Plasma Viera series, for example. These TVs have V-Real II processor technology with a capability of promoting the quality of pictures reproduced from the signal video in-out. This processor can receive and transmit 1080p video signals without changing their natural specification and at the same time present pictures as beautiful as the objects that come from the High-Definition video signals.

According to the president director of Panasonic Gobel Indonesia, Ichiro Suganuma, the growth of flat panels in Indonesia has continued to increase from year to year and this has led to fiercer competition. The growth of LCD TVs alone in 2007 reached 700 percent over the level reached the year before, while as for Plasma TVs, growth reached 120 percent over the figure recorded in 2006. Panasonic alone enjoys an average increase of 200 percent per year.

Similar growth has also been enjoyed by LG, with the introduction of its latest flat-screen TVs in September last year, the LCD LB9 series. LCD TV is part of LG Pearl Black Series, which present an elegant and dynamic design. Coming out in glossy black, this product looks to be of premium quality. In addition, the TV is only 8.85 cm thick, making it more refined.

In terms of technology, the LB9 applies 2007 XD Engine with a contrast ratio of 10,000:1. Aside from sharp pictures, it has the Dynamic Movement feature, which enables it to switch channels in just five micro seconds.

Besides the LB9, LG also has the superior second generation of Time Machine TVs, a legendary technology enabling TV viewers to control time by putting an ongoing TV broadcast on pause and replaying it at a later time. The second-generation Time Machine TV is really superior in that it has a recording memory of 80 gigabytes that can be taken off and installed on other LG FPD television sets.

The new Time Machine TV also has a USB connection so that viewers can see pictures, photographs and even their favorite music on the TV. There are two choices: Plasma TV and LCD TV. The question now is what is the difference between a Plasma TV and an LCD TV.

A Plasma TV comprises two glass plates filled with hundreds or thousands of gas-filled cells. These cells contain a neon gas and are lined with phosphorus so that they look like mini neon lights. Each Plasma cell can be charged electrically so that it releases ultraviolet photons. These photons cause the phosphorus lining the cells to change color. A picture will form by means of turning on and off these cells at the right time and series every 1/1000 second.

As for the LCD TV, the pixels do not produce their own light. A liquid crystal is trapped in two glass sheets and receives light that comes from behind. If you vary the electricity current coming from behind, you will control the light that illuminates each pixel.

Both LCD and Plasma televisions sets are slim. Both can hardly be distinguished visually. Both are capable of producing the best results, but it is also here that the difference lies. Indeed, a Plasma TV is relatively superior to an LCD TV in terms of appearance. A Plasma television is also more expensive than an LCD TV. Recently, however, choices have become increasingly more difficult as the technology used in an LCD television and the performance of this TV have been increasingly improved while its price has continued to drop. It can even be said that both are of the same class. Which is your preference? (Reyhan Fabiano)