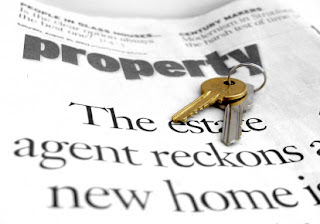 Optimistic is an appropriate term to describe Indonesia's property market in 2008, with economic indicators showing positive signs and an absence of political and social turmoil. GDP in 2007 reached 6.3 percent, which is another excellent sign for the market. This was the country's best growth since the 1997 financial crisis. However, inflation was 6.56 percent, slightly lower than in 2006, which was 6.6 percent. Interest rates also keep going down along with the interest reduction for Bank Indonesia promissory notes to 8 percent, from 13.37 in December. This is expected to prompt more people to invest in property rather that bank instruments.

The relatively secure political and social condition has boosted the investment world in the country. In December 2007, approved foreign direct investment reached US$37.595 million, a sharp increase of 141 percent from the previous year. Meanwhile, domestic investment also saw an increase of 12.2 percent amounting to Rp 182.561 billion.

How about the property world? Generally speaking, demand is still high, especially for office and retail space. Last year's demand for office space was indeed the highest since the financial crisis. It seems that this sector will keep enjoying brisk business due to the country's strong economic foundations. The healthy economic conditions will also boost the construction of office buildings, retail space, condominiums and apartments as can be seen from the numerous construction sites in Jakarta. However, the mushrooming of apartment buildings were unfortunately not matched by demand in 2007. The following is an analysis.

Presales increased slightly in the fourth quarter of 2007. However, they dropped during the Lebaran holidays in October and at Christmas and New Year. Buyers were presumably away over these holidays. Low-cost condominiums enjoyed better sales as buyers and investors were attracted by the prices due to government subsidies (Rusunami). In 2008, the demand for low-cost condos will remain high. There was an increase of 1.91 percent in presales, totaling 68.4 percent, in the fourth quarter of 2007 compared to the previous quarter. Cumulatively the year 2007 recorded a high sales figure of 94.4 percent, leaving only 3,260 apartments unsold.

The occupancy rate of apartments in 2007 was not high at 65.5 percent. However, low-cost apartments enjoyed a higher occupancy rate. This indicates that the buyers bought their properties to live in. From the supply side in the fourth quarter of 2007, the following apartments were completed: Capital Residence and Pacific Place in the Sudirman Central Business District, The 18th Rasuna in Kuningan and Mediterania Marina Tower C in Ancol. Total strata title apartments in the same period was 58,553.

In the same period five condo projects were launched: Condo House and The Premiere as part of Thamrin Residences, Permata Hijau Residences (Tower B), Royal Mediterania Garden Lavender Tower in Tanjung Duren and Kebagusan City in Kebagusan. The five projects will add 28,614 apartments to available supply. In the past few years prices in prime residential locations have increased more than in the Central Business District, where the price increase was only 0.63 percent, that is Rp 12.9 million per square meter, while prime residential area prices went up 4.8 percent to Rp 12 million per square meter.

Apartment rentals are not as brisk as apartment sales. The huge supply has made the apartment business targeted at expatriates quite slow. By the end of 2007, the occupancy of apartments went down 3.5 percent, meaning total occupancy was only 71.5 percent, down from 74.8 percent in 2006. Occupancy of apartments for lease also went down sharply as a huge number were available. In the same period, another 1,770 apartments became available while demand was only for 386. Serviced apartments have also experience a similar fate, although expatriate demand has been more or less stable. However, the supply of serviced apartments is much higher than demand, reaching only 5.1 percent in 2007, indicating that tenants were simply moving from one apartment to another.

However, although there is an imbalance between supply and demand noted operators are handling the prices well and there has been an increase of 6.7 percent in the U.S. dollar tariff in the past 12 months. Condominiums for lease will not enjoy the same condition due to the huge supply. Prices in U.S. dollars have not gone up, while the rupiah price has only increased 3 percent. However, due to inflation there has been some increase dollar-wise, 2.7 percent, and 7.2 percent in the rupiah bracket. The general prediction is that there will be stiff competition in the future due to the big supply of apartments.

We will also see a significant increase in the supply of middle and low segment condominiums. Mixed-use condominiums will also emerge more in the Central Business District. On the outskirts, meanwhile, more low-cost apartments will be built. With worsening traffic conditions and the limited supply of land in the city, expatriates, who are the main target for serviced apartments, will in one way or another occupy most of the available apartments here in increasing numbers. (Arief Rahardjo, associate partner, strategic consulting, PT Property Advisory Indonesia - Provis).