War between mobile phone service providers not over 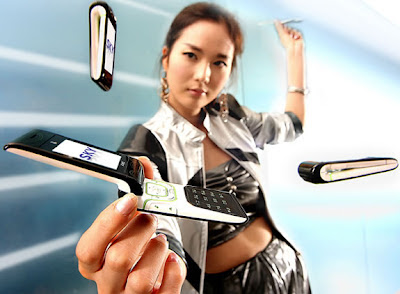 THE lowest rate among all operators! That is the sales pitch of XL Bebas in an ad that has run for weeks. On March 5, the XL operator starting offering a rate not based on per second, per minute or hour and now millions of XL Bebas subscribers throughout Indonesia can enjoy the lowest rate ever and talk to their heart's content at a rate of Rp 0.00001 per second.

Nicanor V. Santiago, marketing director of XL, said the program had strengthened the company's position as the provider with the lowest rate and quality service. He also said XL wanted to avoid the price war among mobile phone service providers that base their rates on per second or per minute calculation. "We want to leave this vicious circle of price warfare and focus on being the provider with the lowest rate. Through this promotional rate we expect our subscribers to feel freer and comfortable in using XL without having to worry about high charges," he stressed.

But is it really true that XL offers the lowest rate? Just a few days XL started running its sensational ads, Indosat jumped on the bandwagon and announced a lower rate, Rp 0,00000000001 (one can wonder at the number of zeros) per second. There are no rate or time slots, the rate is available for communication to anyone, anywhere and anytime after the first 90 seconds to all operators. SMSes are also free for the whole day just after making a call that costs only Rp 2,000. Wow!

High rates are now things of the past. Customer loyalty programs offering prizes and reward points are also history. And gone are the ads about sophisticated 3G services. The alternative is all about low rates, which operators think is the right strategy in the present climate of stiff competition.

Now let's take a look at Three. The brand is owned by PT Hutchison CP Telecommunications Indonesia, which offers a rate of Rp 1 per minute! This means this Hong Kong operator only charges 1.66 Indonesian sen per second. Three subscribers do not have to make calls in the late hours as the offer is available from 1 p.m. to 1 a.m., but the minus point is that it is temporarily available only for calls to other Three subscribers.

PT Bakrie Telecom (BTel) with its Esia brand has also offered low rates since day one of its operation. It has further expanded its promotional program by offering a free bonus of Rp 50 per minute to subscribers when phoned by other GSM users. Through a bundling program, Esia mobile phones were being offered for Rp 199,000 each and sales soon skyrocketed. The target is 3.7 million by the end of 2008 or about 4.6 percent of estimated domestic cell phone subscribers, which is 80 million.

A similar strategy of offering low rates is also used by PT Sinar Mas Telecom, also known as Smart Telecom. Sutikno Widjaya, the company's president director, said that until March 31, subscribers will not be charged for calls to other Smart subscribers, while the SMS rate among subscribers is only Rp 25. The CDMA-based operator charges Rp 550 and Rp 660 per 30 seconds for local and non-local calls with other operators. The Smart management does not seem to be worried about the huge costs the company must bear in its promotion.

In the meantime, the company has spent Rp 3 trillion on the construction of 600 BTS in a number of major cities in Java. Next year, it plans to spend another Rp 2 trillion on 700 BTS. "Five hundred BTS will be located in Java and the rest in Sumatra, Kalimantan and Sulawesi," said Sutikno during an interview with Kontan.

In the telecommunications industry there are three important aspects, namely rate, quality and reach (network). This is how customers prioritize or rank the aspects. Of course, reach that is excellent is a plus point. Customers will soon leave an operator that does not have extensive reach even if the rate is very low. Coverage is another important aspect.

According to one observer of the telecommunications industry, Ahmad Farukinata, low rates have indeed become the latest trend here. Today's customers, he said, have become smarter. When low rates are advertised people carefully compare the rates offered by each operator before making a final decision. However, the ARPU (average revenue per user) of established subscribers is certainly larger than new ones. "The ARPU of a new subscriber is only Rp 20,000 to Rp 35,000 per month on average, and that is mostly used on SMSes," he added.

If low rates offered in promotions are available only for a short time then it will boomerang on the operators. There is also the risk of expired SIM cards as many customers only chase after low rates. New cards that are sold at very low prices compared to recharging prices also generate a lot of expired cards. Last year, about 2,500 Mentari and IM3 cards expired every day. Since the onset of the price war and the stiff competition, more and more cards have expired. It costs Rp 7,500 to make a card, while they are sold for Rp 10,000, plus another Rp 10,000 for the initial startup pack. This means an operator loses Rp 7,500 for every expired card.

At present, there is no other choice for operators but to do their best in this tough price war. According to a Frontier Consulting Group management consultant, Handi Irawan, the price war has a serious impact on the profitability of operators. "Customers acquired through the low rate strategy are the kind of customers that can easily move to another operator at any time as they are extremely sensitive to rates," he said. (Burhanuddin Abe)