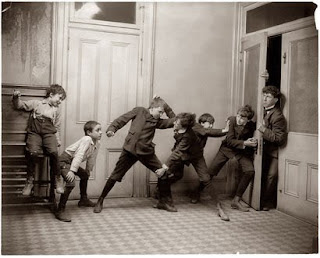 This is not a new finding, but it needs to be kept at the forefront as it is a problem that has yet to be properly addressed. In Indonesia alone, some 13 million children experience hunger.

According to records compiled by the Food and Agriculture Organization in 2006, chronic hunger hit 854 million people in the world, and 96 percent of theseor about 820 million - were found in developing countries. More than 50 percent, or 350 to 450 million, of them were children. Therefore, hunger is the number-one threat for the survival of children compared to AIDS, malaria or TB. It is an even bigger threat than AIDS, malaria and TB put together.

It is not uncommon to hear the World Bank remind Indonesia that its food reserves are at their lowest. Even the government, according to deputy to the coordinating minister for the economy, Bayu Krisnamurthi, has long been aware of this condition although it has yet to undertake measures to address the problem. "That food reserves are at their lowest is a phenomenon found the world over and I mentioned it as far back as June 2007. It is a warning to us all," he said in Jakarta last month.

In September last year, some 90 million people in Jayawijaya faced famine due to drought, harvest failure and the late arrival of aid. In October 1997, starvation struck in West Sumba, East Nusa Tenggara, due to drought. Then in November 1997, people in Grobogan and Boyolali (Central Java) were reduced to eating tiwul (dried cassava) when they ran out of rice.

In January 1998, hunger hit thousands of people in Kutai. All they had to eat was steamed bananas. The price of rice rose to Rp 5,000 per kilogram. Some people traded one hectare of land for 10 kg of rice with a local palm plantation company. Will the same thing happen in 2008?

Hunger is everyone's concern. The good news is that Coordinating Minister for People's Welfare Aburizal Bakrie and the World Food Program (WFP), for example, signed on March 24 a memorandum of understanding for a food aid program. This agreement is aimed at providing nutritional aid and improving the nutrition condition in Indonesia, and for this purpose some US$98 billion will be donated over three years ending in December 2010. The donation comprises $56 million for food and $42 million for operational purposes.

The donation will be designated for the improvement of nutrition in children aged between 24 and 60 months, pregnant women, breast-feeding mothers and children aged 6 to 13 years. The program will also provide additional food to tuberculosis patients and poor families.

As part of its participation in the handling of world hunger, Unilver is working with the World Food Program (WFP). Globally, said PT Unilever Indonesia director of Human Resources and Corporate Relations Josef Bataona, Unilever donated 2 million euro in 2007. Four countries to receive this donation were Kenya, Indonesia, Ghana and Colombia.

Several activities are being conducted in the partnership between Unilever and WFP in relation to this cooperation, which has the themefor Child Vitality". To begin with, Unilver has intensified the sales of one of its products, Blue Band, to bring attention to hunger issues and raise more money for WFP. In addition, in line with the WFP program, a school feeding program is being carried out. Unilver helps further develop this program by means of donating nutritious food products. In addition, together with WFP, Unilever also carries out a nutrition, sanitation and health campaign in schools to educate students.

It is worth noting that nearly half of the regencies in Indonesia are vulnerable to food scarcities. Of course, the partnership with Unilever will make WFP better able to reach the children in the regions that need help.

Everybody agrees that fighting children's hunger is a program that must be immediately carried out in line with the UN Millennium Development Goals. In this context, the Indonesian government, as Aburizal has put it, has set a target of reducing the malnutrition level and the mortality rate of mothers and babies in 2010.

To improve children's nutrition, he said, Nestle is concerned not only with malnourished Indonesian children but also with over-nourished children. As for malnourished children, Nestle provides milk formula free of charge. Meanwhile to improve the nutrition of overweight children, Nestle Indonesia, teaming up with the Sports Medicine department of the University of Indonesia's School of Medicine, give sports education and training to children through Bermain Asyik (Fun Play), a program intended to burn calories.

Another company carrying out a CSR program in health is PT Fonterra Brands Indonesia, the producer of milk under the brands of Anlene, Anmum, Anchor, WAM and Chesdale. The company is busy popularizing a daily walk program to strengthen bones.are committed to educating the public in the prevention of osteoporosis. This time we are popularizing a program of walking 10,000 steps a day," said marketing manager of Fonterra Brands Indonesia, Baskorohadi Sukatno.

Meanwhile, TNT Indonesia is another business player carrying out a sports-related CSR program. Throughthe World", TNT Global hopes to be able to arouse enthusiasm in people to improve their health. The program is supported by the World Health Organization, the Food and Agriculture Organization and UNESCO.

In fact, the Indonesian government has a special budget to deal with these sorts of issues. However, as many natural disasters have occurred recently, part of this fund has been spent on emergency measures to mitigate these disasters. For this reason, the government hopes that the private sector and the general public will take part in community health programs, particularly in overcoming malnutrition among children. Obviously, the government cannot be relied upon to solve community health programs on its own, given its limited funds and resources. (Burhanuddin Abe )