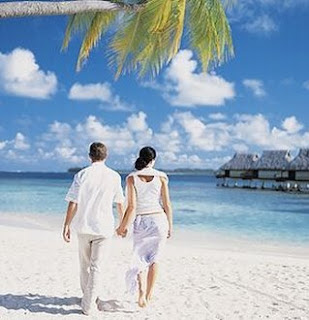 ONE afternoon in a coffee shop at a five-star hotel in Senayan, Jakarta, a fair-skinned woman with shoulder-length hair walked toward a corner that she considered strategic. She was dressed smartly and carried a bag with a notebook in it. Although she was not smiling, she looked charming.

Before deciding on a place to sit, the woman, who was a professional at a foreign bank with an office in Singapore, took out her mobile phone. She contacted a man, who turned up shortly after. In fact, they had agreed to meet at the coffee shop.

The woman, who appeared to be at least 30 years old, did not lodge straight into a sales pitch about a superior product she wanted to offer the businessman. Instead, she talked about traveling, which is a hobby of the client. The man then talked about Bangkok, a city that keeps on changing and which he had recently visited. The woman was also fairly knowledgeable about Bangkok and the conversation proceeded amicably.

When the woman later went on to explain the investment product she wanted to offer the businessman and about the superiority of the wealth management services of her bank, she also demonstrated her deep knowledge about this matter. Her explanation captured the attention of the businessman, who was a boss of an advertising company. In short, he was interested in the wealth management bank product the woman was offering him.

Many foreign banks - including those with representative offices in Jakarta - have started eyeing Indonesian customers. They are targeting people with an above average income. Although general statistics say the number of poor people in Indonesia is increasing, Morgan Stanley Singapore data shows that the number of wealthy people in Indonesia is also increasing, with the fifth fastest growth in Asia.

As a result, many domestic banks are also intensively promoting their wealth management or premium services. They are competing not only with banks operating in Indonesia but also with overseas banks, particularly from Singapore, which are also looking for customers in Indonesia.observe what happens at star-rated hotels every weekday. They usually lobby their clients in the early or late afternoon," said Hidajat Djoko Sampurno, head of the wealth management division of PT BNI, as quoted by Investor Indonesia.

Although wealthy clients are small in number, they help secure the very survival of banks here. A BCA manager once said that its wealthy clients accounted for just 20 percent of its customers and yet they contribute the most to the bank's assets.

Meanwhile, Bank Commonwealth has set a target of 40,000 high network individual (HNI) customers, following its plan to issue a new investment product recently. Nursing, director of retail banking services at the Commonwealth, said the bank has some 33,000 customers in the HNI category. He said on average an HNI customer is someone with assets totaling at least Rp 2 billion. "Bank Commonwealth's investment products in the wealth management program include bancassurance, treasury and advisory. Each product consists of, among other things, mutual funds, investment in foreign currencies or financial planning," he said.

Even Bank BRI, which is known as the common people's bank, is eyeing wealthy and superrich customers. Through BRI Prioritas, BRI is providing complete banking services in a personalized manner. Head of the fund and consumer services division of BRI, Susilo, said BRI Prioritas was eyeing customers from the rich to superrich, which continue to increase in number. Meanwhile, BNI, a conservative state-owned bank, says it has netted 5,000 large clients with deposits amounting to at least Rp 1 billion.

Bank Mandiri has also stepped up to the plate in this respect. Through its Wealth Management Group, the bank has designed a premium service, also called the Prioritas. It offers various investment products with different levels of risk involved. It also teams up with a number of internationally affiliated investment managers. The result is something it can take pride in. According to 2007 data, Mandiri has at least 6.5 million customers and of this number, some 38,000 customers use its wealth management services. If you look at the composition of the funds, particularly funds from third parties, these premium customers control 33 percent of the total deposits at Bank Mandiri.

Not all banks in Indonesia have separate wealth mana-gement divisions. Some have developed such services from their existing services, which is why at some banks wealth management is handled by customer service staff. However, it is undeniable that wealth management is gaining popularity today. Besides being a strategic business unit for a bank, this service can meet the needs of premium customers. (Burhanuddin Abe)