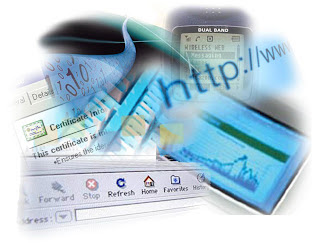 Undoubtedly the internet has turned into a daily necessity for almost everyone, but of course at different levels of requirement. When the internet was first introduced in 1972, not only did the military make good use of it, but also the public in general. As it developed further, people who depended on the Internet created a system for easy public access.

The growing number of internet users to a certain extent has created an internet culture. The internet also has a huge effect on knowledge and universal views. Using a sophisticated search engine like Google, Internet users all over the world can have easy access to a wide range of information. Compared with books and libraries, the internet is capable of spreading knowledge, information and data in faster and far more accurately.

There is a unique aspect to the internet, namely sales and transactions that do not require a physical presence, that is e-commerce. With such a heavy dependence on the internet, many users demand a lower rate for connection. The rate is much lower in some countries compared to , while in it is currently free. It costs US$40 per month in Vietnam for a 512/256 kbps connection, $50 for 1 Mbps/512 Kbps and $68 for 2 Mbps/640 Kbps. In it is 22,000 Won (about Rp 215,000) per month for a 100 Mbps connection.

In it is far more expensive. Speedy broadband, for example, charges subscribers Rp 150,000 per month, which is a 50 percent discount rate for upstream downstream capacity of 64/384 kbps. The problem here is that the bandwidth is limited to one GB per month. For unlimited bandwidth capacity one has to pay Rp 1 million per month, which is again a 50 percent discounted rate during Speedy's promotional period.

Therefore, a huge number of users, more than 14,000, rushed to use the services of First Media when it offered highly competitive rates and unlimited capacity in September. The number of subscribers has since grown.

Out of its three types of services, said Dicky Moechtar, director of First Media, Fastnet (Rp 99,000 per month for 384 kbps) has been the most successful, while TV cable and data has not been fully launched. To date, cable services exceed 500,000 households or subscribers, with the target for 2009 being in excess of one million.

The low-cost internet facilities proposed by Communications and Information Minister Mohammad Nuh will be discussed in the Technology and Information Conference in on May 21. The conference, organized by e-Indonesia Initiative (EII), is expected to produce policy reference on information technology among the ministries.

Mobile phone operators have started actually to lower their rates as competition is tough among the numerous operators, for both GSM and CDMA. The war in reducing rates started in the beginning of 2008. Just take a look at IM3's advertisement that says Rp 0,01/per second. Orhumorous ad saying "I will marry a monkey if the rate is not low enough". Other operators offer free use for 90 days, 0 rupiah, cashback and many other things. With the recent developments, it will be wise to wait and see operators' performance at the end of the year.

It is not only local operators who are lowering rates; it is happening all over the world. Sprint and AT&T in the recently launched a program of $100 for unlimited calls. In contrast, operators in still charge high rates.

However, it is a different story with cell phones, which are becoming more affordable. Most people in major cities in have a cell phone. It is predicted that there will be a huge increase in the number of cell phone users worldwide. By the end of 2008, it is predicted that close to 50 percent of the world's population will have cell phones, or more than 3.3 billion people. The International Telecommunication Union (ITU) said that the largest contribution to the increase will be made by developing countries, such as , , and . In , the number of current users is more than 80 million.

While Internet users are fewer than cell phone users, there is a healthy growth here, which can be seen from the increasing number of Wi-Fi hot spots in cafes and hotels, most of which are free for users. The number of notebook owners is also on the rise. Data available at the Indonesian Internet Association indicates that in 2007 there were 25 million Internet users in the country. The number is expected to increase to 35 million this year as Internet access become available at lower rates.

Apart from internet access using computers or notebooks, cell phones can also access the Internet using the General Packet Radio Service facility. Today, with easy access to communication, there is no reason not to communicate with all these high-tech gadgets available. Another fortunate thing for users is the availability of low-cost cell phones, which can be had for less than Rp 500,000 including the SIM card. Indeed, cell phones have made a fantastic penetration into the market. Today, cell phones have become so affordable that they are no longer considered a product solely for the affluent. Sophisticated connection, like the 3G and 3.5G, are also widely available. As tools for unlimited communication and information, cell phones and the Internet have become inseparable parts of almost everyone's daily activities. (Burhanuddin Abe)