Sleeping tiger yet to awaken 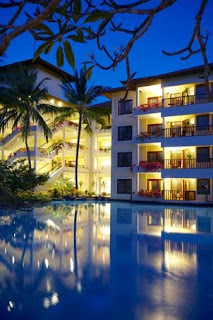 IN luring foreign tourists to Indonesia, it is not enough to just invite them to the country through a promotion showing that Indonesia is rich in culture and endowed with the beauty of nature. In the tourist industry, there are also meetings, incentives, conventions and exhibitions (MICE). These are interesting, well-prepared tour packages designed for large groups visiting for a particular purpose.

MICE events are one of the top tourist attractions in a number of advanced countries and is a promising business. Many believe that MICE travel is the main driver of tourism and at the same time it brings in larger amounts of foreign exchange earnings and can attract many visitors. And yet the MICE business is still largely untapped in Indonesia.

The 2008 Asia Pacific Incentives and Meeting Expo (AIME) held in Melbourne, Australia, on Feb. 19 and 20, was apparently a big success, and yet there were only six participating business players along with some 800 MICE industry players from Asia and the Pacific to win the hearts of some 8,000 future service buyers from all over the world.

The MICE market is just one aspect that Indonesia has yet to seriously tap into. In fact, as one of Asia's tour-destination countries, Indonesia has a variety of advantages to offer in the MICE industry. There are at least 10 main MICE destination cities in Indonesia's Sumatra, Java and Sulawesi islands. They are Bali, Jakarta, Yogyakarta, Batam, Medan, Bandung, Surabaya, Makassar, Padang and Semarang.

These cities have adequate facilities for MICE activities to be attended by some 2,000 to 3,000 people. In the case of Bali, it can accommodate six times that number at the same time. Indeed, along with the launchIndonesia Year 2008", the Ministry of Culture and Tourism has lent support to at least 36 MICE events in Indonesia this year, including the Government Leaders Forum Asia Pacific 2008, which was organized by PT Microsoft Indonesia on May 7 and 8.

The director general of marketing at the Ministry of Culture and Tourism, Sapta Niwandar, has said that MICE activities are effective in attracting foreign tourists and will have a wide impact on the community as these activities benefit various parties in the service sector. Yes, the MICE industry in Indonesia may be likened to a sleeping tiger. The potential is vast but "the tiger has yet to be awakened" or this market potential is still largely untapped. Many countries have made MICE one of their tourism potentials. Take Japan, for example, with its Tokyo Motor Show and Germany, with its Frankfurt Motor Show.

Various tour agencies design tour packages related to visits to various MICE events in various parts of the world. This has vast business potential and MICE has a very big multiplier effect. When a MICE event takes place in one particular country, it opens up many job opportunities. Dozens of industrial undertakings in the world will run well because of these events and involve, for example, a professional exhibition organizer, a professional conference organizer, a stall contractor, a freight forwarder, a supplier, a florist, an event organizer, a hall owner, seasonal manpower, printing, transportation, tour agencies, hotels, souvenir providers and many others.

According to Sapta, Java Jazz, an annual event that has been organized three times, is one example of a good MICE opportunity in Indonesia. "I hope that professional conference organizers will not wait for projects from government institutions but will be proactive by creating an event and actively attracting participants. In this way, the target of seven million foreign tourist arrivals can be easily exceeded," he noted.

Sapta has expressed hope that MICE can contribute at least 20 percent to total tourist visits to Indonesia. The development of MICE has a positive impact on foreign tourist pleasure and boosts foreign exchange earnings, a region's income as well as job opportunities.

Like it or not, foreign exchange earnings derived from foreign tourists must be strengthened with the organization of MICE tours to major cities in Indonesia. That's why Minister of Culture and Tourism Jero Wacik insists that Indonesia should be capable of organizing at least 400 MICE events annually.

There are several things that show the superiority of MICE events to other forms of conventional tourism. MICE tourism has unique characteristics, such as the fact that tours of this type are not personally financed but are funded by the relevant organization or institution.

The departure of MICE tourists is usually well planned long before the departure date as the participants are on a specified mission that they cannot postpone for any reason. In addition, compared with other tourists, MICE tourists are also relatively more crisis-resistant. The other superior qualities of MICE tourists include the following: participants of an event or a convention usually belong to the high economic class because of their important positions in the organization, company or government. Their length of stay is relatively longer than the average tourist's, namely an average of over four days.an ordinary tourist will spend a maximum of US$80 to $100 a day, a MICE tourist may spend between $400 and $500 a day," said an executive from a major travel agency.

MICE events also have a favorable impact on publicity. The organization of an international event will be widely covered by international and national media. The other superiority is that MICE activities have a multiplier effect on other businesses, particularly small and medium businesses, as well as on national tour sales as a whole.

Indeed, healthy economic growth will push the dynamic industry of MICE and vice versa. MICE, at least, will help drive the economic wheel at the regional, national or provincial level. So, it is now time for Indonesia's sleeping tiger called MICE to wake up! (Burhanuddin Abe)