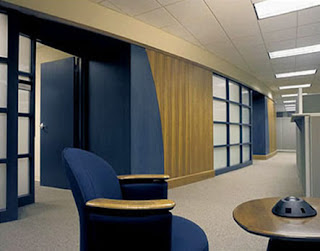 Information technology consultant Christian Wong can sigh with relief. This time last year, his company moved into a new building on Jl. Sudirman. This prestigious new building is a business and commercial center integrated with a serviced apartment building, a hotel and an upper-class shopping center.

In the past, he never imagined being able to quickly get an office in such a building. In his case, it was simple as pie. In just a matter of a few days, through a serviced office service provider, he found the right space for his company, which is manned by five people.

Christian is not alone. There are many similar companies, particularly multinational ones, that make use of the services of a serviced office provider to obtain an office instantly at a relatively low rent. They choose office space that is ready to occupy and is professionally managed so that they need not be bothered with all the trivial things entailed in setting up an office and can instead focus on their business.

CEO Suite may be said to be the pioneer of this particular business in . Uniquely, CEO Suite was established in 1997 when the monetary crisis was sweeping the entire Southeast Asian region, particularly . However, it was during the crisis that many people required the services of serviced office companies as they wanted to continue running their businesses from the Golden Triangle, even if it meant less space, so that they could cut their operational costs considerably.

Besides renting out office space in three buildings in Jakarta, CEO Suite also manages one office compound in each Singapore, Kuala Lumpur, Manila, Bangkok and Beijing as well as two locations in Shanghai, namely in Puxy and Pudong. In all, CEO Suites operates 10 branch offices. After being in the business for a decade, CEO Suite plans to open a CEO Suite branch under a combined concept of working and excitement.

Serviced offices meet the needs of business players worldwide, including in . Take the aforementioned Christian Wong, who feels he must have an office in the Golden Triangle. Even though he has a spacious house in Kebun Jeruk, , in which he could make room for an office, he feels he needs a downtown address.

That's why he needs the services of a company leasing office space in the Central Business District. The office he rents is not just the space but includes facilities, such as a facsimile machine, a telephone and an Internet connection. "In short, the facilities of a serviced office are more than enough for running a business," he noted.

The practice of renting space in a prestigious building is certainly nothing new. However, what is interesting is that a serviced office provider does not just lease the space but also standard office facilities as well as electricity and air-conditioning. A meeting room and a secretary pool that arranges and helps deal with your appointment schedule and send facsimiles or make photocopies for you is also available.

When you rent a serviced office, you don't need to bother with hiring a receptionist or an office boy because the instant office service company will manage recruitments and personnel training to ensure satisfactory performance.

Also, don't be surprised to find that a number of serviced office service providers can provide marketing personnel, an accountant to take care of a client's tax affairs or a staffer to handle the finer details of modern business life, such as passport applications.

The savings entailed in running a business from such an office are so substantial that many foreign companies use them when they open branch offices in . Some instant office service providers even have branches outside and these can be made use of those already renting space in when they hold meetings with business partners overseas.

According to the owner of CEO Suite, Mee Kim, the potential of office space leasing in is highly promising, which explains why so many other companies have followed in her footsteps. Not only local companies but also global ones like The Executive Center, for example, have established premises in by managing at Jl. Jend. Sudirman Kav. 45-46, .

Meanwhile, Regus is also a world-class instant office service company and has 950 business centers in 400 cities and 70 countries. Google, GlaxoSmithKliine, IBM, Nokia and Accenture are some examples of world-class clients that have made use of Regus' business centers. In , Regus can be found at Menara Kadin and Menara Standard Chartered, and soon at Grand Indonesia.

Meanwhile, Marquee, which has its motto of "one-stop business solutions" may be said to be an Indonesian company with global affiliations in 230 strategic locations in major cities around the world. In , Marquee has space at Gedung Mayapada (Sudirman) and Menara Karya (HR Rasuna Said), and soon at the (TB Simatupang).

The latest newcomer is Jakarta Service, the office of which is centrally located on the 14th floor of the on Jl. Jend. Sudirman. This company offers rooms for four and for 15 people. The cornerstones of its approach to services are quality, integrity, responsibility and price.

Market opportunities are indeed open but at the same time the competition involving serviced office providers has become fiercer. Each company offers facilities and effectiveness as well as efficiency in terms of rent. Cost efficiency is indeed one of the offers made by a serviced office provider. Marquee sets its prices from Rp 11 million per month -- for a room measuring about 170 square meters that can be used for four people. This cost covers many things, including furniture, reception service, electricity and air-conditioning as well as cleaning service and 24-hour security. "Making use of a serviced office will enable you to enjoy top office facilities without having to pay steep rent for the building. In addition, you can have your office address in a bona fide area," said Lena Thong, the director of Marquee Executive Offices.

The flourishing instant office or serviced office business is certainly advantageous to business players because these offices offer various facilities. In other words, business will continue to flourish! (Burhanuddin Abe)