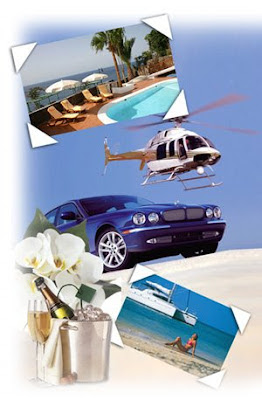 REPORTS about wealthy people always attract attention. This was also the case when Globe Asia magazine reported that the total assets of Indonesia's 150 richest people in 2008 amounted to US$22.7 billion or approximately Rp 208.84 trillion.

The magazine included the names of 12 new rich Indonesians on the list. According to Globe Asia publisher, Tanri Abeng, the 12 new rich people are an example of how more and more young Indonesians are demonstrating their entrepreneurship, a phenomenon that is beneficial to the country. "The government should facilitate their entrepreneurship. More rich people means more tax revenue, plus these people can also re-invest their funds at home, thereby opening up more job opportunities," Tanri Abeng said.

However, it is believed that an increasing number of billionaires in Indonesia will not be of much use in alleviating poverty and unemployment. The reason is that their wealth will be circulated only in the capital and money markets. Nonetheless, the growth rate of wealthy people in Indonesia is quite high. A survey conducted by a leading financial company, Merrill Lynch, called Asia-Pacific Wealth Report 2007 shows that the growth rate of Indonesians with assets valued over $1 million is faster than that of citizens of advanced countries.

In the past two years, banks have begun to realize the strength of these wealthy people. Citibank, for example, markets its Citigold service, enabling the bank to boast of having 20,000 premium customers. Other banks like Bank Mandiri with its Mandiri Prioritas, BNI with its BNI Prima, BCA with its BCA Priority, and Danamon with its Primagold are aggressively trying to lure premium customers. Indonesia has only 120,000 or so wealthy people but their financial power is very strong. On average, their deposits are 50 to 100 times of those of ordinary customers.

According to marketing expert Handi Irawan D., who is chairman of Frontier Marketing Research Consultant, someone's level of income is always an interesting factor for marketing practitioners to take into account in implementing a segmentation strategy, regardless of the type of industry concerned. There are three reasons for this, he said. The first reason is that this variable is very closely related to purchasing power. The second is that the segment is easy to determine and a producer can gain access to this segment in a relatively easy manner. The segment is easy to determine because the characteristics and behavior of customers in a particular income segment are relatively recognizable. Third, data on levels of income or spending is relatively easy to obtain. Therefore, a marketing executive can measure the market potential for each segment.

Income-wise, the market can be divided into two, three or five segments, depending on the purpose and the products concerned. A company must then decide which segment to target. Some companies target the middle to lower segment for their market. Although people in this bracket do not have strong purchasing power, this segment is relatively large in size. Other companies target the upper-class segment, or the premium segment.

The phenomenon of tapping premium customers can be found not only in the banking sector but also in insurance, aviation, hotels, automotive and consumer goods industries. It is only natural that banks would compete to tap the potential of these premium customers even though premium customers are fewer in number than ordinary customers. To help them tap the premium market, banks also offer platinum credit cards.

For example Bank Niaga, which has more than 337,000 credit cardholders, is targeting premium customers. Lina Muliawan, head of consumer banking development at Bank Niaga, hopes that the Niaga Platinum Card, which has a credit limit of Rp 500 million, will be the card of choice for the bank's 10,000 premium customers, all of whom are members of the Bank Niaga Preferred Circle.

Standard Chartered Bank (Stanchart) issues the Business Platinum Card and SCB Visa Black Platinum. This year the bank, will focus on this particular segment. This British bank has about 250,000 local credit cardholders, and over half of them are holders of gold and platinum cards. "Every year we grow by an average of 40 percent. However, we will focus on the premium segment," said Yongkie Cendana, Stanchart credit card business manager.

The growing number of wealthy people has also led to the emergence of wealth managers, for whom wealthy people are prospective clients. Wealth management is a bank product especially designed for those who have a lot of money but do not know how to make it work for them. To this end, wealth managers provide an array of personalized services.

Wealth management is not new in the banking sector. However, in Indonesia wealth managers are still very small in number. No doubt wealth management will become more popular and more in demand in future. Surely, a product designed for the premium class may be likened to a delicious cake, not only for the banks, which are very much eager to taste it, but also for the middle to upper class. (Burhanuddin Abe)