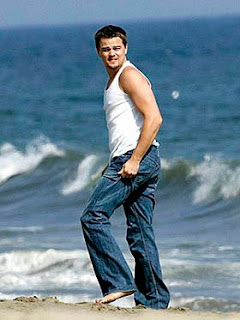 An environmentally friendly lifestyle has become a world trend, and global warming is one of its promoters. This issue is not only discussed at seminars but has also led to efforts to prevent it by carrying out concrete actions. Executives in advanced countries, for example, are now prepared to live in apartments with bamboo flooring.

"A green apartment" is what many celebrities, for example, are looking for. They are eyeing this particular type of apartment perhaps because they are aware of the significance of preserving the environment or perhaps because owning this type of apartment lends prestige and can boost their reputation and self esteem. Take, for example, Leonardo DiCaprio, who forked out a large sum of money to buy a posh Riverhouse apartment.

The apartment occupied by DiCaprio, who starred in The Departed, looks over the River Hudson. The apartment has program-controlled thermostat, 24-hour clean air system, a spa for dogs, a cafe and greenery on the roof. Top model Tyra Banks will live in the same neighborhood. "Riverhouse is a pilot project on how green technology is applied," said DiCaprio's spokesperson.

Although not to the same extent as in the , residences built on the basis of the green property concept are indeed gaining popularity in . Under this concept, a developer designates more room for green space than for residential buildings. In addition, more environmentally friendly facilities are included.

Regatta is one example. This luxury apartment building, which has a motto of "A Healthy Living Experience" is located on the beach, which can have a favorable impact on the health of the occupants because the sea air is rich in sodium and iodine. A coastal climate is also recommended for those with chronic complaints such as bronchitis and rheumatism. In addition, it is also believed that sea air is favorable to health as it contains a high level of activated oxygen or 03. To get a maximum benefit of sea air for health, there is a jogging track around the Pantai Mutiara area, .

As a consequence of erecting a building on the beach, the building materials must also be carefully chosen to suit the characteristics of the sea. The developer of Regatta, for example, has paid great attention to this matter as is evident in the choice of the building materials for Regatta. The exterior of Regatta, for example, uses aluminum paneling that is 40 microns thick. In comparison, buildings downtown use 25-microns-thick aluminum paneling.

To help prevent further destruction of nature, this apartment building chooses environmentally friendly equipment. The air conditioning system is a water-cooled system so that it will not damage the ozone layer as it does not contain CFC. Regatta is the first two-floor building in using a water-cooling system for its air-conditioning. As befits the law of nature, water is more effective than air to lower air temperature. PT Bumi Serpong Damai (BSD) is another developer concerned with the environment. One of its projects, Green Cove, for example, is a middle- to upper-class residential area measuring some 30 hectares.

Based on the concept supporting re-greening, Green Cove has attractive amenities and building designs. It also has a jogging track, where families can enjoy leisure time while doing sports. The cluster, part of which is located at the back of the , is neatly arranged and constitutes a blend of beauty, comfort and harmony for the occupants.

There is now indeed a stronger awareness of the environment among developers undertaking property projects. PT Bakrieland Development, for example, illustrates its concern for the environment with a program called "Bakrieland Goes Green."

This program allows Bakrieland, a developer of apartments, housing estates, hotels and resorts, to introduce green and healthy property. The company applies the principles of green architecture, green operation and green attitude from the planning stage to the development of Bakrieland's property projects in the form of city development or the construction of residential houses, hotels and resorts. "The environmental policy we are developing encompasses green architecture in the sense that all products are designed in an environmentally friendly way and green operation, in the sense that every management of an area or a building will operate their units in an environmentally friendly way, too," said president director of PT Bakrieland Development, Hiramsyah S. Thaib.

One of its latest green projects, for example, is Bogor Nirwana Residence. About 60 percent of this housing estate at the foot of is a green area. This beautiful compound contains rare trees and a captive breeding area for deer and various species of birds.

Another example is Rasuna Epicentrum. In this property project, a water absorption area, which is a pilot project in , has been established. A pool measuring 1,200 m2 is capable of accommodating 4,000m3 of water and serves to effectively conserve groundwater. Rasuna Epicentrum will also have a 10-meter-wide walkway. The walkway will have a lot of shade trees and water features to reduce air temperature. The river flowing past this area will also be revitalized so that it will not be foul-smelling but will instead be a water zone that everyone can enjoy.

This area will also see the construction of The Wave, another apartment building designed in an environmentally friendly way so that some 70 percent of the total area will be an open green space. This residence will also apply the green building concept, where all corridors will have natural ventilation established through an energy-efficient cross ventilation system. (Burhanuddin Abe)