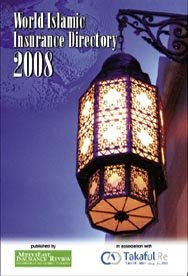 THE majority of Indonesia's population is Muslim, but products based on Islamic law or sharia have been developed only recently, that is in the past three or four years. Indeed some Muslims consider insurance to be against the laws of God, but others are of the opinion that accidents, misfortune and death are God's creation. So it is allowed, according to them, to minimize the risk, especially the financial risks that may occur. One's efforts, like savings, are often not sufficient, so one should turn to sharia insurance instead.

In short, taking insurance is not against God's will, in fact, God advises us to plan for our future and protect it by, among other things, sharia insurance. In conventional life insurance there are three factors that are considered as sins by the ulema: gharar (funds that are not transparent), maisir (gambling) and riba (interest). The sharia insurance avoids all three forbidden factors.

Saiful Yazan bin Ahmad, the company's president director, ascribed the growth in the insurance premium partly to the conducive macro-economic condition. "Internally, we also strategically revamped many things. For example, development of innovative products that cater to the market's needs, enhancing our services, improvement of distribution and creating alternative distribution system, upgrading our human resources. In short, we put our best effort into making our company effective and efficient," he added.

Given the country's large Muslim population, insurance observers compare the sharia insurance industry in Indonesia to a sleeping tiger, meaning it has great potential that remains untapped. Therefore, they suggest conventional insurance companies should also join the bandwagon and launch sharia insurance products.

Indeed, some conventional insurance firms have joined or considered joining the bandwagon. One such company is PT Asuransi Allianz Life. Since 2006, Allianz's customers can get life and non-life sharia insurance products served under one roof. The company also offers unit-linked life insurance products, while its subsidiary offers fire and motor vehicle insurance. "We are simply attempting to cater to our customers' needs in every country we are based. Our sharia products only reflect our company's determination to be the first choice in insurance," said Jens Reisch, president director of PT Asuransi Allianz Life Indonesia during the recent launch of the firm's sharia insurance product.

This year's premiums revenue is expected to grow between 60 percent and 70 percent. In 2006, the industry recorded total premiums of Rp 475 billion, a 73 percent growth from the previous year. "The 2007 figure was Rp 700 billion. So, with only a 50 percent increase the total revenue can easily reach Rp 1 trillion," said Muhaimin.

While the growth is significant, the figure is still smaller compared to the performance of the industry in other countries where Muslim populations are not as big as in Indonesia, such as South Korea and Japan. Observers say that more customers will favor sharia insurance once they are fully aware of the benefits of the product. The development and successful penetration of sharia insurance products in the Indonesian market are predicted to follow similar steps or the success of Malaysia, where 20 percent of life insurance bought by the public is sharia based. In Indonesia, sharia insurance only accounts for 1.3 percent of insurance products bought by the public.

The good news is that a survey conducted by Institute of Islamic Banking and Insurance in London say potential revenue from the sharia insurance business in Indonesia amounts to US$1.2 billion and the figure could be achieved by 2015. That figure will place Indonesia as the number two sharia insurance earner in the world after Malaysia, which is predicted to get US$1.22 billion in the same year.

However, all this is about the future potential. As the local proverb goes, if you are not familiar with something then it is difficult to like or love it, that is how one should describe the current situation of sharia insurance. It is all about lack of awareness of insurances in general and sharia insurance in particular. While insurance is still alien to many, the added word "sharia" makes it less understandable. Thus, total education on the matter is required.

For Muslims, theoretically at least, sharia insurance is their best choice as it is in accordance with their religious laws. For others it could also be an attractive option as long as they find it to be a fair product, as sharia is a universal principle based on fairness. (Burhanuddin Abe)