What to choose: Budget or green car? 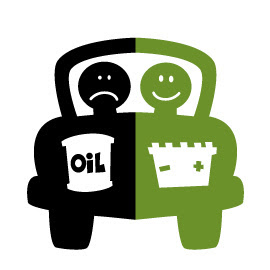 The Indonesia International Motor Show 2008 (IIMS 2008) at the Jakarta Convention Center (JCC) ended on July 20, with green cars being the main attraction and budget cars remaining the prima donnas.

National Geographic magazine has reported that Indonesia is one of the countries that produces the largest amount of carbon dioxide (CO2). The increasing number of automobiles has been blamed for the nation's air pollution, particularly in Jakarta. But like it or not, cars with high emissions still reign on our roads.

The president director of Toyota Motor Corporation (TMC), Katsuaki Watanabe, said in Tokyo recently that he estimated the demand for cars in the world would continue to rise, particularly in developing countries. He projects that there will be over one billion vehicles in the world by 2010, and 1.5 billion by 2020.

In Indonesia, although the price of fuel continues to rise, the demand for automobiles continues to increase. Up to the first semester of this year, 290,000 car sales were recorded, exceeding the original target. Despite the recession and high oil prices, Gaikindo is still optimistic that the 2008 target of 520,000 vehicles will be reached.

The question is whether the expanding automotive market will be coupled with efforts to minimize the impact of pollution. Environmentalists must realize that there is not much of a future for the automobile industry if it does not care about global warming and the development of alternative energy.

Indeed, there have been efforts to develop "green" cars. Environmentally friendly automotive technology is being developed, comprising hybrid cars with electric and gasoline engines, cars using 100 percent vegetable fuel and cars that run on hydrogen with a target of zero emission. TMC has the distinction of being the only company in the world to have sold over 1.5 million hybrid cars in one decade since the kickoff of production of hybrid cars in 1997.

Not only Japanese carmakers but also a number of other automotive producers have focused their efforts on the development of green cars in order to curb the accelerated effect of global warming and climate change, two things that could lower the quality of human life in future.

Meanwhile, Association of Indonesian Automotive Industries (Gaikindo) chairman Bambang Trisulo has expressed hope that the government would lend support to stimulate the green car market. "If hybrid cars are to be developed in Indonesia, the government must first encourage the growth of the market by means of providing a fiscal incentive so that the price of the cars will be lower," he said.

However, a car using technology that can cut down on emission is not a big trend in Indonesia or in other parts of the world. As acknowledged by Industry Minister Fahmi Idris, a hybrid car or an environmentally friendly concept car is simply the result of carmakers in creating a particular trend. "This is not the automotive trend of the world; it is the trend of manufacturers. The trend in the demand for cars today is a small, cheap and efficient car," he said.

That's why the National Industrial Development Policies (KPIN) drawn up by the Industry Ministry only states that the automotive industry or the industry producing overland transportation means is the future prime industry in 2025, with a focus on the development of small sedans, multipurpose vans and commercial cars.

Everyone agrees that caring for the environment is very important amid the increasing demand for cars in Indonesia. However, it appears that the government is not that concerned about the green technology being developed by carmakers given the fact that the per capita income is still low and that a car is not a primary necessity.

More interestingly, the global trend is actually leaning toward the development of small and cheap cars. Indian automaker Tata, for example, has produced the Nano, claimed to be the cheapest car in the world. Carmakers of the class of Toyota, Honda, Mitsubishi, Nissan and even Chrysler and BMW obviously see a very big market opportunity in this newly created segment. The recent Beijing Auto Show 2008 clearly illustrated this.

So don't be surprised to see in the not too distant future, or to be exact in another year or two, the streets of the world full of small cars of various makes. One carmaker that has declared its readiness is Mitsubishi, which will launch a budget car in 2010.

This budget car will use the platform of one of the existing Mitsubishi kei cars. Kei is short for the Japanese term Kei Jidosha, or light vehicle with an engine capacity of less than 660 cc with no more than 64 horsepower. This model will be marketed not only in Japan but also in Eastern Europe, China and Southeast Asia.

Not wanting to be left behind, TMC, in an effort to reinforce its position, has invested US$350 million to build its second new factory in Bidadi, India, for the production of its small cars.

These small cars, the company said, will later be exported as well as sold domestically. Toyota Kirloskar Motor is nurturing an ambition to secure 10 percent of the Indian car market in 2010. "This new car is expected to help reach this target," said K.K. Swamy, deputy managing director of Toyota Kirloskar Motor, TMC's partner in India.

The market of small cars in Indonesia has indeed lured global carmakers. Honda is also set to establish a new factory in Rajasthan in order to be able to flood the market with its small cars in 2009, a year earlier than its competitors. Reportedly, General Motors will also enter this segment. At present, the small car market in India is dominated by Maruti Suzuki, which has secured over 50 percent of the market.

Interestingly, even BMW, a German carmaker normally engaged in the premium car segment, is also eyeing a market share in this class. Obviously BMW realizes there is a lot of money to be made in selling hundreds of thousands of small cars with lower profit margins than premium cars.

This German carmaker is preparing a smaller but more luxurious version of the Nano. This manufacturer does not want to compete directly with the Nano but wishes to enter the segment in which Mercedes-Benz has its Smart and is ready to fight with the Fiat 500, and with the Toyota IQ, a newcomer to this segment.

What about China? This country has its Chery, the champion in the category of compact cars, and now it has launched the Faira, the latest model, which is more stylish. This car comes in two choices of engines (1.3 liter and 1.5 liter) and three choices of body (three-door, four-door and five-door). Chery has successfully expanded its market and one of its products -- the Chery QQ -- has become one of the best-selling cars in China and is now trying the Indonesian market. So, what do you choose -- a budget or green car? (Burhanuddin Abe)