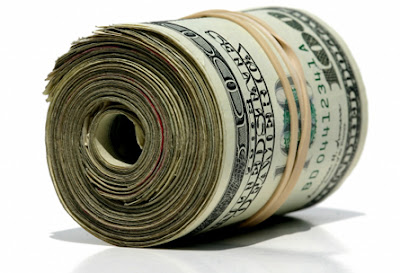 THE LOCAL banking sector is still the main booster for economic growth, with banks undeniably being the major players in the national finance system. Asset-wise, for example, banks hold more than 80 percent of the nation's entire financial assets, such as insurance, funding, pension funds, securities and loans.

Due to the position of banks, many often question their function, both from the positive and negative aspects. It is great that the banks have surpassed their targets, and in a relatively short time at that. Their assets, third party funds and lending have all increased since the 1997 economic crisis, while interest rates since then have decreased substantially. In the meantime, loans have soared significantly to Rp 150 trillion as shown by 2007 data.

However, interest rates are now causing serious concern after increasing in the second quarter of 2008, following Bank Indonesia raising its rate 25 basis point to 8.5 percent. Of course, this poses risks because it will slow down the flow of credit from banks to customers.

Businesses suffered when the BI rate went up to 11 percent in October 2005. At the time, interest rates on loans also hovered at 18 percent. What made things worse was the increase in fuel prices by as much as 126 percent. Banks found it risky to extend loans and instead put their money in Bank Indonesia promissory notes (SBIs), which were a relatively safer choice. And now it is a question of whether the past will repeat itself.

One thing is obvious: the domestic macro economic condition has once again been shaken by world oil prices. In May, the government had no choice but to jack up fuel prices by 28.7 percent in May. The result was immediate inflation, which hit 10.38 percent, an increase of 5.47 percent from last year.

Again banks have been put in a difficult position when it comes to extending loans. At the same time, the BI rate has skyrocketed and affected banks' interest rates. Businesspeople, who face costly goods and reduced public purchasing power, wish interest rates could be more competitive. However, hopes for a single digit interest rate have faded.

In April 2008, bank loans saw an increase of 29 percent from last year according to BI, totaling Rp 1.103 trillion. However, nonperforming loans per April 2008 stood at 4.39 percent. It is indeed a trial time for banks as the increase in the BI rate sees them putting the brakes on issuing loans or at least practicing more caution. For the government and BI as the goalkeepers, the critical macro economic situation indeed poses a dilemma. What's more, oil prices will continue to increase at least until the end of the year.

Should oil prices reach US$200 per barrel, inflation will be unavoidable. Some people are predicting that inflation will reach 12 percent by the end of the year and the BI rate will possibly be between 9 and 9.5 percent. Economy observer A. Tony Prasentiantono said that if inflation reaches 11 or 12 percent by the end of 2008, banks will feel the worse pressure, including from nonperforming loans for the next period.

Undoubtedly, all this indicate that Indonesian banks are lagging behind their Asian counterparts. Unfortunately, their fate is similar to that of the national soccer team. Although the soccer competition schedule is full, the Indonesian players are beaten left, right and center by other Asian players, said Tony making a comparison.

Another sad fact about the banks here is revealed by a survey conducted by The Asian Banker magazine on the ranking of banks in Asia, which was issued in September 2007. Out of 300 major banks in Asia, with assets totaling $17.8 trillion, Indonesia could only place eight banks whose assets totaled a mere $110 billion, or just 0.6 percent.

The survey concludes that consolidation would be the best solution for Asian banks. Consolidation is common in the overseas banking world. Banks here are following the trend, but with fewer fruitful results. In fact, even BI, as the highest banking authority, wants the banks to become more solid through consolidation, mergers and acquisitions as stated in the Indonesian Banking Architecture (API).

Since 1998, the Bank for International Settlement (BIS) has stressed the importance of global financial architecture for a more stable financial situation in the world. The financial crisis that also affected banks in Southeast Asia 11 years ago has spooked the Indonesian government and BI as the lender of last resort, as well as foreign creditors. It is understandable why BIS is paying special attention to Indonesia's financial situation.

API, which is an inseparable part of the bank restructuring program adopted after the IMF period, is Indonesia's total banking framework that provides form and direction for the next five to 10 years. We can only hope that the program can be executed well so that our domestic banks do not fall into dire problems. (Burhanuddin Abe)

Email ThisBlogThis!Share to TwitterShare to FacebookShare to Pinterest
Label: Banking