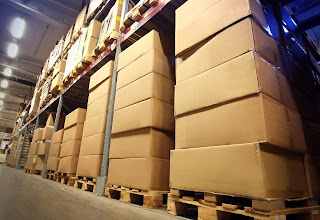 IN the 1980s and 1990s, the global industry under went drastic changes and a number of old-generation companies went bust or faced strong growth challenges. Rapid progress in technology, globalization, liberalized trade and stiffer business competition prompted business circles to continue introducing innovations so as to remain leaders in their business areas.

Applying effective supply chain management (SCM) is one of the ways toward this goal. Studies have shown that without the application of effective SCM, the business world, or even a nation, would lose its competitive edge in this increasingly globalized world.

A company usually has various departments such as for production, human resources, engineering and so forth. After a company makes a new product, looks for a market and obtains orders from customers, what matters most, however, is how to meet the orders themselves. "SCM enables a company to control the supply chain efficiently," said Nugroho Suryo, associate dean of , at a seminar here.

Basically, SCM is the coordination of materials, information and financial flow among participating companies. SCM can include all types of basic commodity activities through to the sales of end products. This is the concept or mechanism to boost total productivity of a company in a supply chain through optimizing time, location and material quantity flow.

The ITC Report has shown that at a number of rubber and food processing companies in , , and the cost of raw materials takes up to 80 percent of the cost of the goods. This means the profit margin on these products is very small. Certainly, it would be difficult to sell more as it would involve a lot of expenses for promotion, etc. while increasing prices would be equally difficult. So, what is left is to apply efficient SCM.

At present, major changes are taking place in the business world, brought about by rapid progress in technology, globalization and liberalized trade and stiffer business competition. This means that costs must be lower while goods must be of high quality and in ready supply, and the response time must be quicker. With edging toward a unified economy, furniture from , for example, must compete at home not only with similar domestic products but also with similar products from other European countries.

's kanban (just in time) concept of manufacturing, which was devised by , is the earliest SCM concept. Then in the 1990s, companies began to apply an SCM system that combined the kanban concept and genetic algorithm, the theory of constraint and the Internet.

SCM has now developed following demands of the era. Basically, a good supply chain concept must be inter-departmental. SCM must be good in all links of the chain so the competition between networks will be sharper. The Internet allows purchases to be made through the virtual world, a practice commonly known as e-procurement. This means tenders will be transparent, several inks in the chain of trade are cut and prices will become more competitive.

Group purchasing is an interesting phenomenon in the business world. Producers may compete, marketers may try to win buyers but when it comes to purchasing they may cooperate. In , for example, Coca Cola and Pepsi Cola are transported by the same trucks after an agreement was made for their product to be transported together so that delivery costs would be reduced.

What is of no less importance is that SCM measures need not be taken individually but can be outsourced to more competent and capable companies. The conditions for mass customization and supply chain outsourcing are, among other things, a flexible manufacturing system, Internet technology, online payments, bar-code technology, third-party logistics and liberalized trade.

This is the belief of Handi Susanto, who owns an outlet selling Yamaha music instruments. His company, which was set up in 1989, has never had its own warehouse. "I use the services of a professional warehousing company, which is certainly more capable in arranging storage and the flow of goods," he said.

His company, Handi said, certainly could not do everything itself and so outsourcing made sense. "With outsourcing, we can save 20 to 30 percent on our costs. However, outsourcing is not just a matter of efficiency alone. When you outsource a job to a professional outsourcer, you stand a chance to augment your revenue," said Handi, who also organizes music lessons for children and teenagers.

When you talk about outsourcing logistics delivery, it is here that courier and cargo companies play an important role. They help their clients improve the effectiveness of SCM so that they are better able to focus on their core business and eventually increase their profitability.

Realizing this, the RPX Group, for example, always improves the professionalism and capability of its personnel and develops technology that expedites it operational system in running its activities. The same is also true of DHL and other major companies in the courier, cargo, logistics and warehousing businesses. They develop transportation management, physical distribution, logistics and SCM itself.

When you leave behind the power of the brand, many products may be said to differ little. IBM, Dell, Hewlett Packard, Fujitsu and Toshiba computers, for example, all use Intel processors. However, they are different from one another in terms of services, their after-sales service and how they apply their SCM, a factor that will affect their retail prices. No one denies that SCM is a concept that can be relied upon to overcome productivity problems in a company and improve the competitiveness of the company in the business world. (Burhanuddin Abe)

Email ThisBlogThis!Share to TwitterShare to FacebookShare to Pinterest
Label: Courier and Cargo