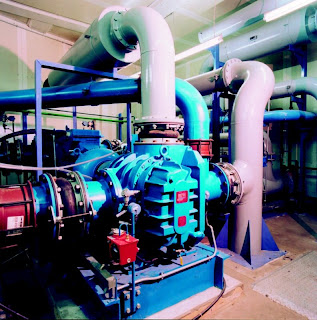 THE GROWING competition in the manufacturing industry worldwide has prompted producers to revamp themselves. The government views this momentum as an opportunity to develop industrial estates that have previously been neglected.

These two factors serve as the basis for the drawing up of a draft government regulation on industrial estates. This regulation, which is expected to be passed into law later this year, will require all manufacturers to move to industrial estates within the next 10 or 15 years.

However, as PT Jababeka president director SD Dharmono puts it, the government must offer incentives to support this regulation. "There must be special incentives for investors so that they can live in comfort like in their own countries," he said. Various schemes, he added, could be developed, such as making all industrial estates free trade zones.

It is true that establishing a factory in an industrial estate costs less than setting up an independent factory. With the latter, there are many problems to solve, such as the construction of roads, power generation, water resources, waste disposal and housing for workers. In an industrial estate, all these facilities are available so the company can focus solely on production.

In Jababeka Industrial Estate, for example, a reliable water supply is available at a quantity of 100,000 tons per day. There are power generating plants operated by PT Cikarang Listrindo (400 megawatts) and PT Bekasi Power (130 megawatts). Facilities are obviously important as they are needed to sustain a factory. Take for example power supply, which is becoming an increasingly important issue. The domestic energy crisis has forced the government to introduce rotating blackouts in various areas, which affects the private sector and industry alike.

Not all industrial estates have their own power plants even though power supply is very important. That's why PT Kawasan Industri Medan (KIM), for example, has invited PT Synergy Power to supply power to this estate, where manufacturers have been forced to reduce production due to the three-year electricity crisis there. "As a result of power shortages, many companies in this industrial estate, the largest in North Sumatra, have stopped their activities," said president director of PT KIM, Gandhi Tambunan.

According to Tambunan, the crisis can be averted in the estate now that PT KIM has teamed up with PT Synergy Power, which is owned by the central government (60 percent), the North Sumatra provincial administration (30 percent) and Medan municipality administration (10 percent).

With Indonesia's energy crisis, a number of industrial estates have decided to build their own power plants to meet their needs. PT Jababeka Infrastruktur (Jababeka Group), through its subsidiary PT Bekasi Power, will build a power plant with a capacity of 130 MW. This power plant will be built in anticipation of the increasing demand for electricity, particularly among industrial circles in Cikarang and Cibitung.

Initial investment for the construction of Bekasi Power is Rp 1 trillion and involves the country's top experts, who will be assisted by experts from the U.S. and Japan. The power plant will use technologies from General Electric (U.S.) and Shin-Mippon (Japan) with capacities of 42MW and 50 MW respectively.

He cited as an example road construction in Cikarang. Land clearance for the construction, he said, is yet to be completed. Public Works Minister Djoko Kirmanto once accused speculators of causing difficulties for land clearance. Meanwhile, the National Land Agency looks critically at the fact that investors are yet to be ready to finance such infrastructure. Industrial estates in Indonesia have a big problem that, unless solved immediately, will not only slow down industrial growth domestically but also make this country lose its competitive edge vis-a-vis other countries. (Burhanuddin Abe)