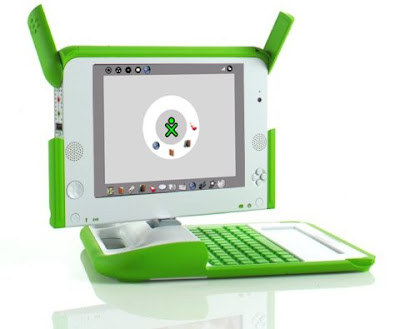 THE notebook has become very much a part of everyday life. There is one to suit everyone's needs and pockets. What's pleasing about the development of notebook technology is the presence of a number of telecommunications features such as wireless or 3G technology, which enables connection with an Internet network and supports interaction with users of other networks.

Undeniably, in line with modernization, it seems that everything is being computerized. Computers have penetrated nearly all aspects of our lives, from the workplace to the home. A notebook is also one of the forms of modernization now becoming a general gadget in our lives.

The idea of a portable computer, which was first introduced in the 1980s, was only realized recently thanks to progress in technology. In the past, a portable computer was of such a size that it could not really be considered portable, or at least it was not comfortable to tote around. Today, however, a portable computer, or a notebook, is portable in the real sense of the word, especially because there is are notebooks with 12-inch screens.

Unlike a desktop computer, a portable computer has supporting components that are specially designed to accommodate the portable character of this small computer. The main characteristics of the components making up a laptop computer are a small size, energy efficiency and efficiency in use. There are various types and brands of notebooks available, such as HP (Hewlett-Packard), Invent, Compaq, Acer, Toshiba, Axioo (a domestic product), IBM Lenovo, Benq, Byon, Apple, NEC, Fujitsu and Wearnes.

Not only do notebooks vary in type but also in technology, which is becoming more sophisticated. The technology is in inverse proportion to a notebook's weight, which has become increasingly lighter, and its price, which is becoming increasingly lower. The function of a notebook has also become more varied, for example there is a super-light notebook for regular travelers as this one is suitable to use on an airplane tray table. There are at least four products to meet the needs of travelers, namely Apple, NEC, Fujitsu and WinBook, which is not only super light but also has a CD player.

Three of these four products have a CD-RW/DVD player and, besides being able to store files on a blank CD, they play films of DVD quality. Each of them has standard features such as modem, Ethernet, 12.1-inch screen (density of 1,024 x768 pixels), 20 gigabyte hard disk, 128 megabyte RAM, small speaker, full-size keyboard, USB jack and video-out jack for a projector.

It is indeed not easy to choose a notebook as there are many brands on the market with a wide array of models to choose from. Therefore, the choice of a notebook is indeed highly dependent on the purchasing power of the user because the more complete the features and the more attractive the design, the higher the price.

In general, however, notebook prices have become lower. While in the past a notebook was considered a luxury item, today it has become a must-have item for business players, employees and even university students. While notebooks used to cost Rp 10 million and above, today they are available at half that price.

The era of expensive branded notebooks seems to have shifted with the entry of new brands on the Indonesian market, like ECS, Axioo, Anote and others. As notebook prices have come down considerably, producers of hi-end laptops have become restless and are hitting back. In other words, by offering the same specifications in technical functions at a price way below the price of a branded notebook, produces of branded notebooks are also producing low-end notebooks. Thanks to this wider scope, the market share of notebooks in Indonesia has also risen sharply in the last two to three years.

The era of mobility demands that economic players at home should be able to draw up documents faster so that they can be passed to their clients faster as well. Improvements in information and telecommunication technology has made it possible to create an e-office or a mobile office where office data can be accessed from anywhere. Surely, a portable computer is now more important to have than a PC. (Burhanuddin Abe)