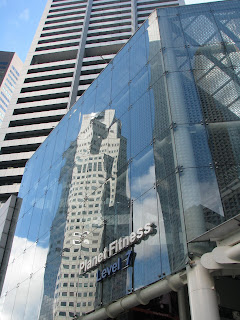 THE current global financial crisis has affected almost all sectors, including the property sector. Within two years the property business here will be sluggish, say analysts. Sales of condominiums, especially the apartments subsidized by the government for the lower income market, will slow down and office building sales will also decrease sharply in 2009.

Indeed, the macro economic indicators have worsened during the third quarter of this year. The inflation rate is currently the highest in the past three years. The rupiah value has weakened against the U.S. dollar. Bank interest rates for loans have gone up and stock prices have dropped. The financial crisis has clearly affected the Indonesian economy, especially its stock and capital market.

After large numbers of government-subsidized condominiums entered the pre-sales market last year the number gradually declined in the middle of 2008. However, new construction has started for middle and upper class condominiums. The locations of both are in premium class areas in the city, such as the Central Business District.

Actually, the overall situation is not getting better. It is understandable as banks that used to provide huge loans are now putting a brake on lending and have to think more than twice for such project loans. "No real lending, no real speculation," they say. This kind of situation will last at least two to three quarters until next year, said Arief Rahardjo, associate partner for strategic consulting of PT Cushman & Wakefield Indonesia.

Still there is another scenario that shows that the property business in is not totally affected. Hiramsyah Thaib, president director of PT Bakrieland Development, said that while the exchange rate of the rupiah against the U.S. dollar has weakened it is estimated that foreigners will be attracted to purchase properties here. From this perspective the property business domestically is not in an entirely bad shape after all as its growth can be maintained, he added.

Expatriates, who earn in dollars, will take advantage of the situation, he said. "Here lies the great potential in property purchased by expatriates, including foreign businesspeople," he said.

Such potential has been proven by the sales of an apartment complex called The Wave Epicentrum in Kuningan, , developed by the Bakrie group. Out of the first construction phase of 861 units, 431 units have been sold to date with 5 percent ownership by foreigners. The apartments have just entered the initial construction stage.

According to Handoyo Kristianto, chairman of Real Estate , the properties bought here by expatriates are less in number in comparison with those in and , because the ownership status over there is much longer and clearer.

In every difficult situation one can always find an opportunity, say the wise men. That is why in spite of the future stagnation in the marketing of condominiums and apartments developers do not seem deterred from carrying out new projects. One way is to work on a specific target or niche marketing. PT Asiana Lintas Development has taken such steps in its marketing. After successfully marketing its Nirvana Kemang Apartments it is now constructing Senopati Suites on Jl. Senopati, Kebayoran Baru, . "We carefully target our apartments to a select segment that has not been affected by both the economic situation or excessive number of apartments available," said Alifa Abdullah, marketing director of PT Asiana Lintas Development.

Built on 2,600 square meters of land close to Sudirman Central District Business (SCBD), Suropati Suites comprises 17 floors totaling 86 apartment units. There are various sizes of units, from 124 to 440 square meters. The price is Rp 15 million per square meter. "Until now more than 35 percent has been sold," he said.

Meanwhile, no less aggressive in its marketing is Agung Podomoro Group. One of its construction companies, PT Cahaya Mitra Sejahtera, has just completed Permata Hijau Residences in Permata Hijau, . The project is valued at Rp 300 billion and construction began in February 2007.

The high-rise exclusive apartment buildings are situated on a 7,000 square meter area and combine a modern minimalist architectural concept blended with a tropical park. There are two towers here, Abelia with 33 floors and Bromelia with 26 floors. "We prioritize owners' privacy as each floor consists of only two units and is served by two elevators," said marketing director of Agung Podomoro Group, Indra Widjaya Antono as quoted by Kontan.

Agung Podomoro markets only 250 units with 100 square meters for three bedrooms and 200 square meters for four bedrooms. The price of each unit ranges from Rp 1.6 to Rp 4 billion. Since the marketing launch in December 2006, 80 percent of the units have been sold. The demand is quite high, said Indra, because expatriates, for example Koreans, Americans and Australians like Permata Hijau area. "Many of them rent in this area," said Indra.

The market for Permata Hijau Residences is also targeted mostly at expatriates who have become a target market of several other developers of apartments in the area. Other apartments in the area include Simprug Teras, Simprug Indah, Permata Saphire Regency and The Bellezza, which belongs to Gapura Prima Group. Compared to other residential areas, Permata Hijau is an attractive residential destination for expatriates.

Meanwhile, Chairman of Real Estate Indonesia (REI) Teguh Satria is optimistic about the property business in the country, predicting a 25 percent growth in the sector in November and December 2008 provided there are no extreme global economic changes. (Burhanuddin Abe)