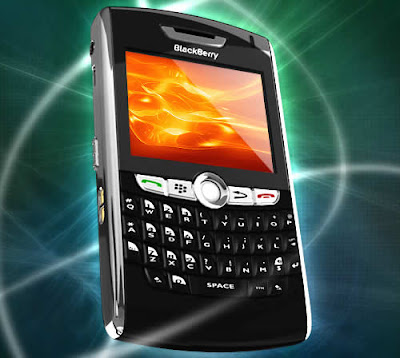 TODAY, many activities are conducted using a mobile phone, so the right type of cellphone is needed to facilitate the smooth flow of activities. Next to telephonic conversations, there are other sorts of communications available, for example short mail services (SMS). Also incorporated in smart or hi-end cellphones is Internet capability.

The trend in e-mailing today is push e-mail service that has been popularized largely by Research In Motion (RIM) through its Blackberry device. This push mail is the favorite of many customers nowadays. It is called push e-mail because the e-mails received and contact list is automatically entered into the cellphone. So, even when a user is abroad or in a remote area, as long as there is a signal from the operator he or she can still receive and send e-mails.

Indeed through this feature BlackBerry has grown more popular and succeeded in creating its own market segment. BlackBerry entered the market for the first time in 1999 focusing on the push e-mail feature. Another feature is its instant message system. Yahoo Messenger, Google Talk and Skype are now already cooperating with Blackberry for this feature. This technology enables one to chat on the Internet via a cellphone and Personal Digital Assistant (PDA).

Recently, the Canadian manufacturer reported that by March 1, 2009 its customers or users are projected to be about 14 million. In the global market, Nokia's sales, usually ahead of the competition with a comfortable margin, went down last year for the first time due to the presence of Blackberry and iPhone made by Apple Inc.

A research company, Canalys, recently reported that in the third quarter the sales of both Blackberry and iPhone exceeded Nokia's. Nokia's smartphones, which are as good as computers, dropped from 51.4 percent to 38.9 percent in the market share in the third quarter.

The market share of iPhone increased to 17.3 percent, while Blackberry's was 15.2 percent in the third quarter. "The introduction of 3G iPhone in July and the expansion of Apple's marketing to more countries enabled the company to grab the second position globally," wrote Canalys in its report.

In Indonesia BlackBerry entered the market in the middle of December 2004. It was offered by the major operator Indosat and Starhub, which is a joint venture of RIM, Blackberry's main partner. Here Starhub served the technical aspects in installing through the operator Indosat. Later on two other major operators, Excelcom and Telkomsel, also marketed Blackberry.

The marketing of Blackberry developed much faster in Indonesia compared to other Asian countries. A sort of Blackberry community was soon formed here. When the community was formed in 2005 the members were only 15, but today the number has grown to more than 1,600.

The number of members will certainly increase as the price of Blackberry has dropped. A secondhand Blackberry, both local and imported, now only costs between Rp 1.5 and Rp 7 million at ITC Roxy Mas, West Jakarta. Meanwhile, a brand new one, which can be purchased only through the authorized operator, costs a little above Rp 4 million. There is a monthly subscription fee of Rp 200,000.

In the Blackberry 88xx series there are the following models: Blackberry 8800 with GPS, 8820 incorporates GPS and WiFi. Blackberry 81xx series or Pearl has three variants: 8100, 8110, and 8120. Some of the latest models are the Blackberry 87xx series comprising of Blackberry 8700 and 8707. They are the first 3G Blackberry. In short that is the Blackberry story. Even Nokia, the market leader with a 40 percent market share globally, is facing stiff competition from both Blackberry and iPhone. All three are now the three major contenders.

Indeed competition is touch for cellphone makers, as cellphones have become an inseparable part of a modern lifestyle. What is obvious is that cellphone technology is undergoing rapid and interesting developments for the benefit of customers. Established manufacturers have to really watch out if they do not want their market share taken away by new players. (Burhanuddin Abe)