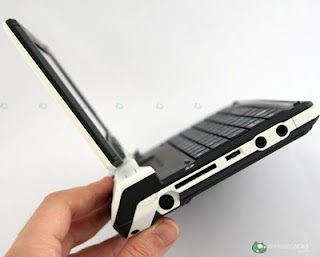 IN the present information technology era, a computer is not only a must-have, it has become part of our lives. What would be your preference: a desktop personal computer (PC) or a notebook that you can take with you wherever you go? Interestingly, the prices of the notebook computer have dropped even though its capability is better than the previous generation.

Or, perhaps, you want something cheaper than a notebook? Today there is new series of personal computers known as netbooks. Well, a netbook is a notebook that is smaller in size and cheaper in price.

It is Intel that introduced the term netbook. The manager for business development of Intel Indonesia Corporation, Arya Sanjaya, has said that one of the characteristics of a netbook is that it uses a platform that is affordable. Aside from introducing the netbook, Intel has also introduced another term: a nettop. A netbook is a smaller version of a notebook while a nettop is a smaller version of a desktop computer.

Netbooks and nettops have been launched to allow people in developing countries easier access to computers. This mission is in line with the program "Intel World Ahead". There are four points that characterize a netbook and a nettop: accessibility, connectivity, education and content. Intel's program may be said to be the "rival" of Nicholas Negroponte's program of "One Laptop Per Child (OLPC)."

Obviously, however, in the past six months, the netbook, which is also known as an ultra-mobile PC (UMPC), has indeed undergone very rapid development in terms of its market and technology. In addition to Intel, vendors of the class of Dell and HP (Hewlett-Packard) have also produced UMPCs because of the gadget's great business potential.

Other vendors have also rushed into the market with this product. Asus EeePC, for example, made a strong move in the market. Then Acer entered the market with Acer Aspire One, followed by MSI Wind from MSI, BenQ Joybook Lite U101, Quantel, Zyrex Ubud, Anoa, Fujitsu, Wibrain and many others.

It is understandable that UMPC has become a new trend in the mobile world, given the fact that this gadget is capable of meeting the expectations of the users: it is equal to a laptop in terms of its capability and it is on a par with a cellular gadget in terms of mobility because of its size.

One of the keys to the success of a mini laptop of this type is its price. A limited budget does not pose a problem as most UMPCs are indeed sold at a low price. Take Asus Eee PC, for example. The cheapest type is sold at below Rp 3 million. UMPCs of other makes with more complete features are sold at prices ranging between Rp 3 million and Rp 6 million. Compare them with similar products with a 12-inch screen made by Fujitsu, Sony, Toshiba or HP Compact, which are all sold at prices above Rp 8 million.

Aside from the price, the advantage of a netbook lies in its features. The features of a UMPC are just like those of an UMPC laptop. An UMPC is also integrated with Wi-Fi, the Ethernet and also uses a modem to make it easier for the users to get connected to the Internet. An UMPC also uses a modern operational system such as Windows XP, Windows Vista or Linux.

Given the modern operational system adopted by an UMPC, it is no longer impossible to operate a certain application for your office work, your home or even your lectures, using a gadget no larger than a canned drink.

It may be small but its capability is great. On average an UMPC weighs no more than 1 kg while an ordinary notebook usually weighs above 1.5 kgs. A netbook has a screen measuring between 4.3" and 7". The screen of an UMPC can either be a touch screen (active and passive) or an ordinary LCD screen.

An UMPC is indeed intended for a user who needs a notebook without attaching importance to the other less important features. This gadget usually has only the standard features to run office and Internet applications only. Some of the early types have a storage medium with a very limited capacity. Only the latest products have quite a spacious storage medium. One expectation the UMPC has yet to fulfill is the capability of the gadget to be used for communications. In fact, it is not unreasonable to project that UMPC may later also function like a cellular telephone. (Burhanuddin Abe)