Ringing out the old year and ringing in the new 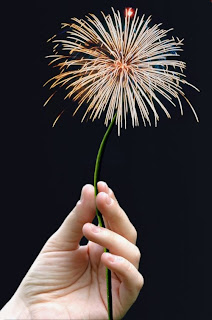 THERE is only half a page left in this year's calendar and Christmas and New Year's celebrations are just around the corner. Everyone certainly wants something special and the entertainment industry has come up with various attractive offers to mark the festive season. Likewise, noted hotels in , for example, are staging special events to welcome guests -- be it a large party or just a special dinner.

If your budget is not that big, don't worry as you can still enjoy New Year's Eve programs at various places in Jakarta, for example in Cilandak Town Square (CITOS) in South Jakarta or La Piazza (attached to Mal Kelapa Gading) in North Jakarta. At these two places, for example, it will cost just Rp 100,000 to Rp 150,000 to enjoy various kinds of entertainment. By comparison, five-star hotels are charging Rp 1 million to Rp 3 million. At CITOS, a number of noted musicians will entertain visitors. Meanwhile, La Piazza is staging a New Year's celebration in which popular bands will perform.

There are even cheaper places where you can see in the New Year, such as Taman Mini Indonesia Indah (TMII), Jaya Ancol Dream Land (TIJA) and the National Monument (Monas) Park. These open areas will put on fireworks displays, which are characteristic of New Year's Eve celebrations the world over. The countdown is the climax of New Year's Eve celebrations as people count down to to the beginning of the New Year.

In , New Year's celebrations will be focused at TMII, where a number of local artists will perform before a crowd of onlookers from onwards. If you are a serious fan of dangdut, TMII is a good place to head to. Dangdut singers will mesmerize fans at TMII, where entry is easy on the wallet at about Rp 20,000. However, with the weather being unpredictable of late, it could be a good idea to take along an umbrella.

In , Ancol is the where all the action is. On New Year's Eve, Ancol is staging the "Color of the Nite 2009" in which each site of Ancol Dreamland will offer a unique program to make New Year's Eve special for visitors.

Visitors at will be treated to performances by top bands, including Nidji and D'Masiv. Ungu, Peterpan, The Changcuters and Kangen will entertain audiences at the entertainment stage. Meanwhile, a number of old and new dangdut vocalists such as Rhoma Irama, Elvie Sukaesih, Rita Sugiarto, Siti KDI, Maya KDI, Gita KDI and Wali Angkasa will heat up Ex-Teater Mobil Stage in Ancol, Other pop groups like Sheila On Seven, Vagetoz and Hijau Daun will join the show. If you are looking for traditional arts performances, Pasar Seni will host all-night shadow puppet shows with puppeteer Ki Langgeng Sabdo Mardjito,

Ancol will also stage a wide range of programs for families, young people and children to welcome the New Year. PT Pembangunan Jaya Ancol Tbk's corporate secretary Falaah K. Djafar said that Ancol strives to make innovations by presenting a variety of spectacular programs for all ages as a form of corporate appreciation for regular visitors.

Right on the dot of , the management of Ancol is staging a fireworks display -- attended by Jakarta Governor Fauzi Bowo -- to light up the sky of Ancol and its surroundings. Just like at TMII, New Year's Eve celebrations at Ancol will also take place in the open air. So it is advisable to take an umbrella or raincoat while partying at Ancol.

In , New Year's celebrations will be concentrated in the Monas area. Monas will not only be crowded with thousands of visitors but will be rocked by the performances of top-notch bands. The atmosphere will be enlivened even more with fireworks.

Those wanting to celebrate at Monas should start off early or travel along alternative roads. As of a number of roads, such as Jl. Jend. Sudirman and Jl. Thamrin, will be closed to traffic. The police will be out in full force to make sure that traffic regulations are obeyed to maintain order. Care should be exercised in these crowded public places as pickpockets often operate in such crowded surroundings. So keep your money and valuables safe when having a good time partying. Happy New Year! (Burhanuddin Abe)