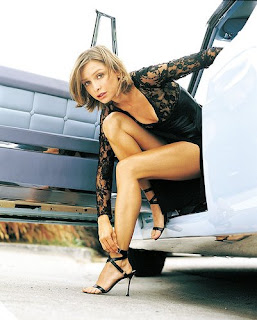 THE automotive industry in Indonesia could be facing a rough patch. The gloomy economic situation has made Gaikindo pessimistic and led it to forecast a decrease in car sales this year. Indeed, the global financial crisis has not only hit the US and Europe, but to a certain extent it has impacted the domestic automotive industry. According to data compiled by Association of Indonesian Automotive Industries (Gaikindo), total car sales for 2008 were 520,000. However, a decrease of about 30 percent is predicted. There was already an indication of a slump in the last quarter of 2008. In January 2009, only 31,634 vehicles were sold, a 20 percent decrease from December's 39,000.

FMI president director Will Angove said the company's 2008 sales were the highest since the company opened here in 2002. "Our sales went up 23 percent in 2008, compared to the previous year, totaling 6,309 units, and that was a 54 percent increase on the 2006 figure, which was 4,100 units," he said at a media gathering in Jakarta recently.

He said the company's 2008 revenue of US$177.2 million was the highest in the Asia Pacific. The highest contribution was by the Ford Ranger at 68 percent, followed by the Ford Everest at 20 percent. He said he still felt optimistic about the Indonesian market as it was much better than Vietnam or Malaysia, for example. "We are all aware that GDP growth here is still good, so the market is still promising," he said.

The slowdown in car sales, according to Angove, is a challenge in itself because decreasing demand, the weakening rupiah and price increases of 7 to 13 percent will definitely affect sales performance. One of the most critical problems faced by the automotive industry is the weakening rupiah, which in turn increases the prices of raw materials. Therefore, Indonesia's carmakers and authorized sales agents have no choice but to raise their prices. PT Toyota Astra Motor (TAM), for example, set new prices for its products at the beginning of the year. While it has not officially announced the details, Toyota said the increases were between 5 and 13 percent.

Compared to the locally assembled or manufactured vehicles, the completely built up (CBU) ones, such as Vios/Limo, Altis, Camry, Yaris, Hi-lux, Alphard and Lexus, will have a higher increase percentage. "For locally assembled ones or completely knocked down (CKD) versions, like Toyota Avanza, Rush, Kijang Innova, Fortuner and Dyna the increase will be between 5 and 8 percent," said Joko Trisanyoto, TAM marketing director, as quoted by Koran Tempo daily.

Meanwhile, PT Honda Prospect Motor (HPM) upped its prices at the end of last year. Its All New City Honda, launched in December, shocked the market with its Rp 260 million price tag for its automatic transmission model with reclining seats.

However, HPM marketing and after sales service director Jonfis Fandy said the price increase was not due to anticipation of an economic crisis. "The price is not a reflection of the crisis, but merely because it is a totally new product and we could not avoid rising costs," he said.

Obviously, what all carmakers will have to do this year is put their best marketing efforts behind the most reliable car model. Besides price, the best value for money will be the key to success this year. Certainly, it is up to the market to decide which car will perform well in 2009 sales.

During the launch of the Toyota Avanza at the end of last year, TAM president director Johnny Darmawan said the 2009 forecast was unclear. On another occasion when he introduced the Toyota Hilux D-Cab at Golf Senayan, Jakarta, he said the picture for 2009 was clearer, but he did not change the forecast of 400,000 vehicles. What did come as a surprise was his statement that "Toyota will be more aggressive this year".

This leads one to assume that the company plans to aggressively launch a number of new models in 2009. Apparently 2009 is not going to be an easy one. However, just like the ox, which is used to hard work, only those who strive diligently in this Chinese Year of the Ox will ultimately be successful. Hopefully, the results will be better than during last year, which was the Year of the Rat. (Burhanuddin Abe)