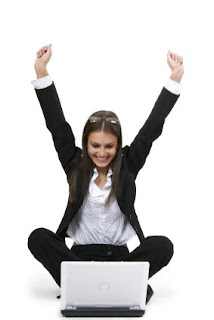 COMPUTERS have become an inseparable part of modern life, and so it is no surprise that computer sales have increased despite the economic crisis. "January sales, for example, are almost at the level of January last year," said Suhanda Wijaya, the chairman of the Indonesian Computer Business Association (Apkomindo).

This shows hope for increased sales here until the end of the year. Apkomindo, however, is being quite realistic by predicting a possible 20 percent decrease in computer sales. Personal computer sales are projected to reach only about 1.2 million units, down from the 1.5 million sold in 2008.

However, notebook sales are predicted to go up to about one million units from last year's 900,000. The notebook is becoming more popular due to its portability, and therefore Toshiba, for example, is targeting a 20 percent market share for its notebook this year by focusing on middle and lower price products. "To reach our target we will launch various low-end notebooks every month," said the president director of PT Techking Enterprises Indonesia, Gunawan Nugroho.

Amid the global economic downturn, Toshiba still believes that the middle and lower price segment has prospects. This Japanese vendor is striving to carve out a handsome share this year after its market share grew 18 percent last year.

Among all the products, the S10 is the cheapest. Priced at $569, it is equipped with Xpress Card for easy Internet connection and consumes 25 percent less power than other notebooks. Lenovo is manufactured by the Legend Group Corp. in China, which purchased a desktop computer and notebook division from US giant IBM.

Lenovo stands for lian xiang in Mandarin, which means connecting mind and thought. The name reflects the collaboration of Chinese manufacturing skills and American innovativeness.

Compared with other brands, ASUS Eee PCT is drawing much attention because its inexpensive notebooks have created a special niche among notebook users in the world. Its popularity is rising not only in developing countries, which are the main target for its products, but also in many European countries.

According to a survey by research company GFK in October 2008, the Eee PC is highly popular in Germany, France, Spain, Italy, Poland, Czech Republic, Russia and several other European countries with a more than 60 percent market share, which is way beyond its competitors. This goes to show that Eee PC, marketed with the slogan "Easy to work, learn and play", is capable of holding its own in the tough competition.

ASUS Europe sales and marketing manager Eric Chen said, "Our strategic alliance with different channels have increased our sales, and the popularity of Eee PC among notebook users has risen. It is also deemed the notebook that offers the best value."

One of the success factors of Eee PC in Europe is the easy access it offers to the Internet for study, work and games. Its revolutionary features and innovative design have won the hearts of many users around the world. Not only was it deemed a great Christmas gift, but it was also recognized as Product of the Year 2008 by Forbes magazine.

Worldwide notebook sales are growing every year, thanks to changing lifestyles that have moved from conventional personal computers to portable notebooks that give easy access to the Internet and are convenient to use for business purposes anywhere at anytime.

According to Gartner Research, in 2006 worldwide notebook sales reached 81.2 million and in 2007 jumped to 103.2 million, illustrating the increased popularity of notebooks. (Burhanuddin Abe)