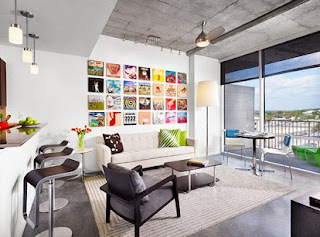 MANY people are of the opinion that the apartment market in Jakarta is already saturated as apartment towers have been being constructed all over the city. Indeed, the total number of individual apartments is large, but is it true that there is an oversupply? The fact is that only about 100,000 individual apartments have been built, which is far lower than the number required by commuters from the areas surrounding Jakarta, such as Bogor, Tangerang and Bekasi.

Public transportation is also far from sufficient and most is in bad condition so that most people have resorted to using their own vehicles. There is also a lack of infrastructure, with road construction not keeping up with the growth in the number of private cars and motorcycles. This causes traffic congestion at almost every corner of the city.

It appears that the "back to Jakarta" trend is becoming more popular as many people now realize that commuting for three hours a day is a major waste of time and energy. Hence, people are choosing to move back to Jakarta and purchase an apartment, and the available number of apartments is not enough to meet the demand.

This situation has opened up big opportunities for apartment developers here and the fact is that construction of apartments in Indonesia, in Jakarta particularly, has been growing rapidly over the past three years. The rising demand for apartments has led many developers to focus on the apartment business, such as Agung Podomoro, Agung Sedayu, Summarecon, Lippo, Pakuwon and Bakrie.

In Greater Jakarta (Jakarta, Bogor, Depok, Tangerang and Bekasi), more and more apartment towers are being built, particularly in the Central Business District (CBD), West, South and North Jakarta. Elsewhere, such as in Surabaya, Medan and Bali, apartments are also rising from the ground. "Other cities are not lagging behind Jakarta and keep constructing apartments," said one observer.

The recent earthquakes that the country has experienced have not been a hampering factor in the apartment business, as indicated by director of PT Win Win Realty Centre Apartemen The Via & The Vue Ciputra World, Sutoto Yakobus, when he said in Surabaya recently, "About 70 percent of our 403 apartments have been sold."

Some of the apartments that are currently being built in Jakarta are The Peak, The St Moritz, Kuningan City, Kota Casablanca, Ciputra World and The Wave. They are located in strategic locations of the city and while their prices are relatively high, the developers are optimistic about sales.

Many people now prefer the integrated concept, in which there are other facilities in the apartment compound, such as hotel, shopping center, office building, entertainment center, school and hospital. This is the concept offered by The Peak, which is designed by DP Architects and is located in the CBD on Jl. Sudirman, Central Jakarta.

The 265-meter-high The Peak, which has been included in The World's 50 Best Apartments published by Images Publishing Australia, consists of four towers comprising 35-story twin towers and 55-story twin towers. The facilities include Olympic-size swimming pool, Jacuzzi, sauna, steam room, aerobics center, children's playground, massage parlor and tennis, squash and basket courts. The penthouses, which are located on the 46th up to 55th floors, have a beautiful panorama of the city.

Occupancy rate is an indication of whether an apartment building has been successful in marketing. Owners can, of course, reside in the apartments themselves or rent them out.

This means that current owners rent out their apartments, mostly to expatriates, such as Americans, Japanese, Koreans, Europeans, etc. That is why only apartments in the Jakarta CBD have a high occupancy rate, such as in the Sudirman, Thamrin, Gatot Subroto and Kuningan areas. These locations are preferred both by single or married foreigners without families because the location is close to business and entertainment centers.

Rented apartments are generally preferred because the owner manages them professionally, while strata titles, which mostly have many owners, provide poorer service due to a lack of property management.

However, the senior associate director of investment of PT Cushman & Wakefield Indonesia, Mina Ondang, said buying a strata title apartment is not a bad choice. Indeed, not many expatriates consider buying property here as it would hamper their cash flow. However, local investors should purchase apartments or office buildings rather than rent.

The fact is strata title apartments are growing fast and owning one is more profitable. First, the amount normally allocated for rent could be used to pay for installments, and second, such an investment, especially in a strategic location, could prove to give high capital gains in the long run. This type of investment is more profitable than the interest received from savings account or time deposits. (Burhanuddin Abe)