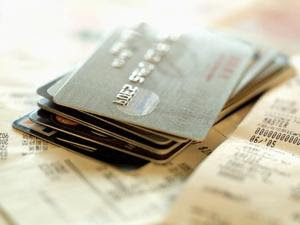 He said the market share of credit cardholders in Southeast Asia has grown rapidly. It is estimated that credit card transactions in the region could reach US$55 million by 2015, and are expected to reach $11.2 billion in Indonesia.

Mandiri Credit Card VP Lila Noya is also optimistic. She said the number of Mandiri credit card customers had reached more than 1.5 million. "Bank Mandiri aims to finance at least Rp 10 trillion in credit card transactions by the end of the year," she said.

Banks make every effort to improve consumer credit. One of the main pillars of credit in this sector is credit cards, which are more widely used in big cities. The growing number of merchants, the high promotion budget, promotional programs and customer education has led to the growth in the usage of credit cards. Bank Mandiri is not the only state-owned bank that has aggressively entered the credit card market. BNI has also entered the business, targeting the upper-middle class. BRI, which is known as "the people's bank", has over the years tempted urban customers with its two for the price of one movie tickets for people paying with credit and debit cards.

According to Irni Palar, Bank Mega's deputy head of card marketing, the bank's credit card division was established in 2002 and has aggressively worked on the market in the past two years. There are now more than 700,000 Mega Visa cardholders, making the bank one of the top five credit card issuers in Indonesia.

Irni said there is great potential in Indonesia's credit card market and that the business could be developed further. Most credit cardholders live in big cities in the western part of the country whereas credit cards are virtually nonexistent in the eastern part. For this reason Bank Mega is working on the regions through its branch in Makassar, South Sulawesi.

Bank Mega makes the most of its more than 200 branches nationwide to work on the credit card market in seven marketing areas: Makassar, Jakarta (two areas), Bandung, Semarang, Surabaya and Medan. While the holders of credit cards issued by other banks are mostly found in Jakarta, only 45 percent of Mega Visa cardholders live in Jakarta.

When it comes to credit card marketing, competition in the banking industry is obviously getting tight. Credit card promotions are common in shopping malls and offices, with marketers approaching every adult entering the buildings where they set up counters.

Banks compete to give the best service to win over customers. Credit card application forms can be downloaded from the websites of banks that issue credit cards. Banks are also willing to take over credit card accounts from other banks, offering a lower interest rate and other facilities.

They also offer rewards that can be exchanged with various merchandise or services in order to gain a greater credit card market share. Citibank, for example, has a reward program offering a wide range of merchandise and services, including a frequent flyer program in cooperation with prominent airline companies. With the various credit cards on offer, people can choose the right one to meet their needs. (Burhanuddin Abe)