Which to buy, LCD or plasma? 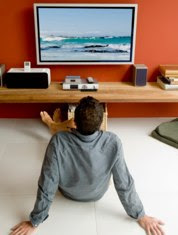 IT is high time to leave behind the cathode ray tube TVs of yesteryear, because today's trend is liquid crystal display (LCD) and plasma display panel (PDP) TVs, which are easier on the eye. Plus, they have become more affordable.

Manufacturers have been rushing to meet the increasing demand for such products. PT Panasonic Gobel Indonesia, for instance, has pushed the sales of both its LCD and plasma TVs. "Our target for flat display panel *FDP* TV in Indonesia is to reach double digit figures by making available various products and variants at competitive prices," said Panasonic Gobel Indonesia vice president Rinaldi Sjarif at the launch of the company's latest LCD series, Panasonic Viera.

The demand for LCD and plasma TVs is not only increasing here in Indonesia, but also globally. This year, Panasonic shut down cathode ray tube TV plants, including the one in Indonesia, PT Panasonic Manufacturing Indonesia (PMI), due to lack of demand.

Now watching a flat screen TV is no longer a dream for many as they have become affordable. After the flat screen TV came plasma TV, which is popular as well. This super-slim TV has sophisticated technology with crystal clear high definition on a large screen. Almost all other TV manufacturers produce this type of television, namely LG, Sharp, Fujitsu, Samsung and Philips.

American research company DisplaySearch recently reported that LCD sales dominated global TV sales with 67.3 percent of the market in the second quarter of this year. Meanwhile, plasma TV has a 6.9 percent market share and cathode ray tube TVs have a 25.7 percent share.

The research company also stated that Samsung's market share was 23 percent within all flat TV types in the second quarter, while LG Electronics was in second place with a market share of 13.7 percent, followed by Sony with 11.8 percent, Panasonic with 8.6 percent and Sharp with 6.4 percent.

In March 2009, Samsung launched its latest LED-backlit TV and claimed it had sold 600,000 units as of June. Yoon Boo-keun, the company's president of television business division, said the company's target this year was to sell two million LED-backlit TVs or about 10 percent of the 22 million LCD TVs to be sold this year.

Yoon said that LED TVs save energy by about 40 percent compared to LCD TVs generally. "If every TV in the world switched to LED, we could save 13 million kilowatts of electricity - enough to supply all 39 million households in Germany," he told a global electronics fair in Berlin in September. However, LG has criticized Samsung. "Samsung's LED is just another type of LCD TV. They don't have the right to call it a LED TV," said one LG staff member.

On the other hand, LG claims that AM OLED is a real LED TV as it has a slimmer panel and faster high definition response. LG engineers claim that AM OLED TV consumes less than half the energy required by an LCD TV and has a faster response AM OLED is already used for mobile phones and other small gadgets. However, the production cost is still high and there are still hampering technological factors that make it unusable for more expansive usage.

Japanese manufacturer Sony launched an 11-inch OLED TV in 2007, and last month LG Electronics launched its 15-inch model. Presently, LG Electronics' sales depend on the superiority of its 42LH50 LCD TV, which is very slim and quite sophisticated. It can also be used to connect to the Internet. "With our commercial production this November we will soon dominate the OLED TV segment, which is the next generation TV for the world market," said Kwon Hee-won, president director of LG's LCD TV business division.

Indeed, the war among TV manufacturers is not yet over and is unlikely to ever end. Only those who can develop innovative technology can come out as the winner and produce the right variant at an affordable price. (Burhanuddin Abe)