Penang: Pearl of the Orient 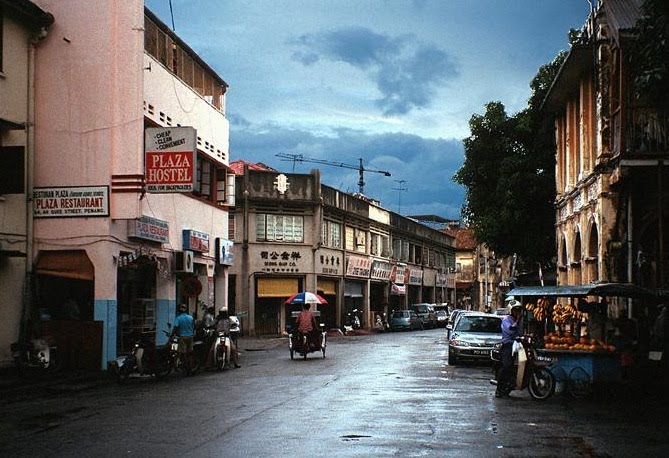 MALAYSIA is more than Kuala Lumpur. Take Penang, for instance, which is just as appealing and its development just as dynamic. The island is known not only as a city of education but also as the largest medical tourism destination in Southeast Asia.

Penang, which was the first British trade center in the Far East, is one of the most beautiful cities in the eastern region. Located northeast of the Malaysian peninsula, Penang is named after the pinang (betel nut) tree, which can be found all over the island.

Penang consists of Penang Island and Seberang Perai on the mainland peninsula. The two are connected by the 13.5 km Penang Bridge, which is the longest in Asia, and served by ferries.

Georgetown is a city on Penang Island that was named one of the best cities in Asia by AsiaWeek in 1998 and 2000. UNESCO has recognized it as a city with unique architecture. Georgetown has seen fast development over the last two centuries. Initially it was a swamp, but it was eventually transformed into a bustling trade center.

Downtown Georgetown has many old historical buildings. A British fortress was built in the city by Capt. Francis Light in 1786. Representing the British East India Company, Light accepted Penang in return for a pledge to protect Sultan Kedah from the Siamese. Light renamed it Prince of Wales Island and later established Georgetown in the eastern cape of the island, later known as Semenanjung Daratan.

In 1805, Penang became a dependent of Bengal and was later developed into the fourth Indian Presidency of British India. In 1828, Malacca and Singapore were included into Penang territory and residential areas were established. The economy in Penang developed fast and Georgetown founded the first English school in Southeast Asia in 1816. The Penang of today is a modern city that is considered the Silicon Valley of the East as many IT companies can be found on the island.

Shopping
Like Kuala Lumpur, Penang is also a shopping paradise with goods ranging from electronic gadgets and jewelry to clothes and antiques. Prangin Mall is a good place to start as it is the biggest mall on the island.

Chinatown is a must-see area, considering that the Chinese ethnic population in Penang constitutes the majority. Located in the heart of Georgetown, it is quite busy, particularly with various festivals. Lines of stores serving as the traditional business center, a Chinese temple, a Hindu temple and a mosque can be found here.

Temples
If you love historical buildings, visit one of the many temples in the area, such as the landmark Kek Lok Si Temple. Built in 1886, it is one of the biggest Buddhist temples in Southeast Asia. It has a 30-meter high pagoda and a giant statue of the Goddess of Mercy, Kuan Yin.

To get to Kek Lok Si, visitors have to pass dozens of stairs flanked by souvenir stores. Interestingly, to reach the Goddess Kuan Yin statue, visitors queue for a lift that moves up at an angle of about 45 degrees. Arriving at the site of the statue, which is being renovated, one has a fantastic view of the whole island. 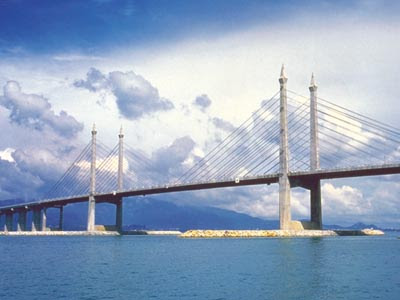 Penang as an island-city has beautiful beaches. Popular beaches are located along the north coast in Tanjung Bungah, Batu Ferringhi and Teluk Bahang. The area is popular among tourists and there are several hotels facing the sea, restaurants and souvenir stores.

Pasir Panjang Beach, located in the southwest of the island, is another popular spot with complete facilities. Quiet beaches can be found in Teluk Duyong, Pantai Keram Pantai Keracut and Pantai Mas, which can be reached through the Pantai Acheh protected forest in Teluk Bahang.

To get to the beaches in Teluk Bahang toward the northwest, a road passing through a mountainous area in Balik Pulau is taken where one gets to see a beautiful panorama of clove, nutmeg and durian plantations on the mountain slopes. A rural area, Balik Pulau, has many pretty Malay traditional houses. Just like a Pearl of the Orient.

The best way to explore Penang is by foot. By walking, the everyday life of the Penangites can be observed. You can also take buses, taxis or trishaws.

Fares vary sharply between public buses and taxis. A cab from 100 Cintra Street (a hostel in Chinatown) to Batu Ferringi costs RM30.00 (US$8.80), while the bus costs RM1.50. Most city taxis do not use the meter, in which case you should agree on a price beforehand. Most city buses use coin machines to collect fares. The main bus terminals are at Pengkalan Weld (ferry terminal) and KOMTAR (ground floor).

Penang is a foodie’s haven due to its variety of hawker stalls. Among Penang’s most popular culinary delights are Penang Char Kuay Teow, Assam Laksa, Tar Sau Peah, Rojak Pasembur, Nasi Kandar and Hokkien Mee. A delicious lunch cost as little as $2.19.

Much of Penang’s nightlife can be found in the area between E&O Hotel and the Cititel. Here you’ll find smoky English pubs with darts, bars, discos and small eateries.