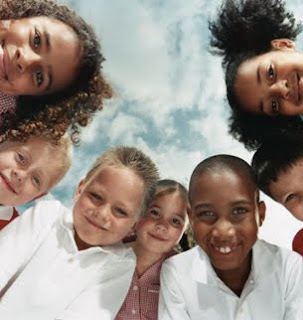 POOR nutrition in Indonesian children, especially those in remote areas, has always been a problem as it has not been handled properly despite Indonesia being a resource-rich country. If only companies with corporate social responsibility (CSR) programs focusing on children’s nutrition also concentrated on education then the problem could somehow be solved.

It is natural for companies to seek a profit and despite what many may think, becoming involved in activities that help less fortunate children does not translate into less profit. In fact, a number of companies aim to boost their image and thereby their profits by conducting CSR programs. Some companies do not understand this strategy and think that social efforts drastically eat into profits.

Therefore, companies providing social assistance through CSR programs should be commended. One such company is Wafer Tango. On National Nutrition Day on Jan. 25, it sent nutritious food to children in remote and poor areas.

Another company is PT Aneka Tambang Tbk (Antam), which also focuses on children, especially street children. This year, the state-owned company will tackle the problem of 4,023 street children in Jakarta.

Antam CSR general director Denny Maulasa said the company chose to focus on street children this year as they had been generally neglected by other companies, plus the program was in line with the company’s CSR plan. “Our Antam CSR programs include community development, the construction of infrastructure, education, health as well as the renovation of Betawi houses,” he explained.

While the house is managed by an NGO, the operational costs are paid by Antam. Denny did not go into detail about the operational costs of the house, where about 50 street children are currently staying. The company is evaluating the management of the house and its benefits so that it can build other such houses in other areas in Jakarta. Antam has allocated Rp 100 billion for its CSR programs, just as it did in 2009.

There are indeed various CSR programs focusing on children’s needs. Some programs focus on education, which is every child’s right. Education is also important because children are considered the seeds of tomorrow and the future generation that will maintain the nation’s existence.

Children are therefore vital to the country and should be helped in education, plus it is their right to live, grow and develop properly. Hence, children must also be protected so that their voices can be heard.

However, in reality millions of Indonesian children live in poor conditions and need help. Many of them have had their rights violated, including the right to receive a proper education as stated in Law No. 23/2002. The circumstances surrounding education in Indonesia are so dire that the government cannot handle the area of education alone.

Therefore, corporations are now getting involved. On top of that, cooperation between related communities is also required to make the programs successful. In short, it has to be integrated cooperation for the sake of stakeholders to benefit Indonesian children on a nationwide level. Such cooperation has been implemented by Indofood, Kalbe Farma, Agung Auto Mall, Bank Niaga together with the Indonesian Children’s Welfare Foundation and supported by the National Education Ministry.

Such cooperation is in line with the Millennium Development Goals, meaning (1) holistic approach, (2) synergic relationship and (3) a multi-stakeholder approach between the government, corporations and civil society. CSR programs that cater to children are not only noble but also contextual on the national as well as international levels as per the Millennium Development Goals. (Burhanuddin Abe)