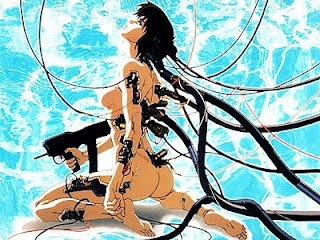 COMPETITION among gas stations in 2010 is likely to become tougher. Association of Oil and Gas Businesses (Hiswana) chairman Muhammad Nur Adib said that this year between 300 and 400 new gas stations would be built in the country. “At the same time, gas consumption will only increases by 5 percent annually,” he said.

The gas station business is indeed highly profitable and return of capital takes less than five years. On top of that an owner of a gas station not only acts as an operator but also owns the entire asset, such as the land. However, with increased competition only those providing the best service will survive, because today consumers are quite demanding and critical. 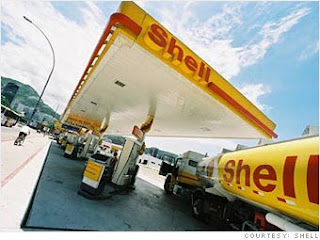 Indeed, in the near future Pertamina will not be able to monopolize this business because gas shortages will be a golden opportunity for foreign companies to serve consumers better. Foreign companies include Petronas, Shell, Chevron, Gulf, Total and Singapore Petroleum Company Limited. Some of these non-Pertamina companies have gas stations in Jakarta, Bogor, Depok, Tangerang, Bekasi (Jabodetabek), Medan and a number of other major cities here.

Although their current sales volume is not high and they are limited when it comes to competing with Pertamina, they are serious international players. The question is whether Pertamina will be able to compete with foreign companies that are well rooted in the gas station business. Will Pertamina be able to maintain its leading position in the future?

Look at neighboring country Malaysia as a comparison, where seven foreign companies have gas stations. Malaysia’s state oil company Petronas learned some lessons from Pertamina some time back and is still able to dominate and lead the Malaysian market.

Meanwhile, for the Indonesia market, Petronas aims to have 200 gas stations operating in 2011. First it will focus on Jabodetabek and then expand to other areas of Java, Sumatra, Kalimantan and the eastern part of Indonesia.

Meanwhile, Total does not want to take a back seat in this business in Indonesia. The French company, which operates in 130 countries, is quite optimistic about the business here. Total Oil Asia Pacific vice president Thierry Pflimlin said the company was confident because each gas station had a different market segment. “Our facilities and other plus points will ensure more customers,” he said during the official opening of one of the company’s gas stations in Jakarta last year.

Total started its gas station business in Indonesia in March 2009. The station in Jakarta was part of Total’s retail network in the Asia Pacific (China, India, the Philippines, Vietnam and Pakistan) totaling 500 outlets. “The gas station business is a long-term investment. We have invested a lot in building this business, while the return may take between eight and 10 years,” explained Pflimlin.

In the meantime, Shell gas stations, managed by PT Shell Indonesia (Shell), were the first foreign gas stations to open in Indonesia in 2005. According to Samuel G. de Guzman, Shell’s general manager of operations and retail sales, the company’s gas stations have shown significant growth, both in the number of gas stations and total transactions. It currently has more than 40 gas stations in the country.

De Guzman said the company has invested more than US$100 million. Shell’s sales increased significantly when the selling price of its Shell Super (Performance 92) was lowered. However, he declined to mention sales figures. It has not been easy for Shell to achieve high sales or increase its sales volume as consumers regard its prices as being high.

However, in the long run, when the government allows foreign players to sell subsidized gas, for instance, then its sales will definitely go up. One Pertamina gas station owner said that foreign companies mostly used the COCO and CODO systems, which means they buy the land, build and seek operators. To become an operator of Petronas, for example, one must pay a fee of Rp 1.25 billion to Rp 1.5 billion.

Generally, foreign companies base their gas station business on CODO and not franchise. Total, for example, is in partnership with a dealer and builds the infrastructure while the dealer operates the gas station. Total has prepared $8.7 million to build gas stations in Indonesia in 2010, including for contracts of locations and construction.

What is obvious now that foreign players are allowed to conduct business here is that Pertamina cannot just sit back and relax as the competition will get tougher and only those that can give the best service will win customers. (Burhanuddin Abe)