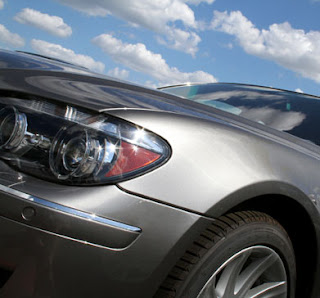 THERE is huge potential for the automotive market in Indonesia, with quite a number of people predicting that one day Indonesia will be the market leader in ASEAN. According to ASEAN Automotive Federation data, Indonesia held third place in 2009 with 483,550 vehicles sold, while Thailand was first (548,871) and Malaysia second (536,905).

However, local data is slightly above the ASEAN figure as total sales from dealers to customers or vehicle registration applications were 488,912 units for 2009, including trucks and buses.

The 2009 sales figure was down 17.9 percent from 2008, when 596,166 units were sold, although 2009's sales were higher than the figure predicted by dealers, who said there would be a 30 percent decline. Although the sales figure for this year is very much unpredictable, Toyota Astra Motor (TAM) president director Jhonny Darmawan recently said that this year there would be a 20 percent increase from last year, totaling 550,000 units.

Ranking second in 2009 is Daihatsu, which took over the position of Mitsubishi. Daihatsu sales were slightly down by 2.9 percent, from 77,463 units to 75,169 units. Third place is held by Mitsubishi with 64,334 units, down 23.8 percent. Some brands, such as Mercedes-Benz and BMW from Germany as well as Malaysia's Proton, enjoyed increased sales in 2009.

Based on such impressive data, will Indonesia manage to become the market leader in ASEAN in two years? For car manufacturers in Indonesia, this is not a heavy challenge as Indonesia has a huge population while car sales are less than 1 percent of the total population. To reach the target they will have to find new segments, or so says Transportation and Telematics director general Budi Darmadi.

Budi also said that Indonesian manufacturers would produce a low-cost green car. The government, namely the Transportation Ministry, is taking the necessary steps together with carmakers toward realizing this ambition. "I am not too sure if we will be able to produce low-cost green cars next year, but in 2012 it is certain. According to my estimate, a low-cost green car can be marketed in 2012. This will boost domestic sales," he explained, as quoted by Kompas daily.

Budi said the domestic sales potential for low-cost green cars was between 300,000 and 600,000 units, which would indeed increase car sales in Indonesia. Despite Indonesia ranking third in 2009 according to the ASEAN Automotive Federation, population-wise it is a bigger country than those in first and second place, he said.

"The government is working on the program to produce a low-cost green car, which will be offered to domestic car manufacturers. The selling price of the car, which will have a cylinder capacity of 1,000 to 1,300 cc, will be Rp 70 million to Rp 80 million per unit," he said.

Increased car sales figures in January 2010 have indeed boosted local carmakers' optimism. PT Honda Prospect Motor (HPM) marketing and after sales director Jonfis Fandy, for example, is optimistic about automotive sales here and said there was a possibility of high sales just like in 2008, when 603,744 units were sold. "Sales could even reach 630,000 units this year if sales are consistent, that is, at a level of 50,000 units per month. We could possibly set a new record as long as there are no major problems, like taxation issues, for instance," he said.

Gaikindo secretary-general Freddy Sutrisno also said that there had been an upward trend since early this year. He feels optimistic that car sales will increase by about 20 percent from last year, because the economy has improved. "During the economic crisis in 2009, car sales dropped by about 20 percent or 480 units per month," he commented.

This year, with the economy improving and with the introduction of new brands and new variants or models, many carmakers are optimistic about reaching their sales targets. However, Gaikindo has set a conservative target, between 550,000 and 600,000 units. Indeed, if external and unexpected factors are not managed properly, the ambition can remain just an ambition without realization. (Burhanuddin Abe)