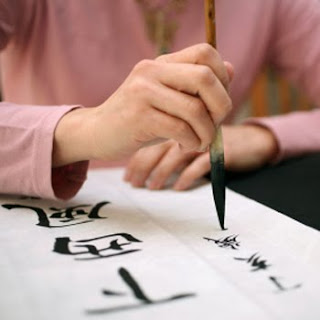 THERE is no reason for the Republic of Indonesia to consider China an “enemy”. Although there is a distinct difference in the mainstream culture of the two countries, it does not mean that both countries should avoid getting to know each other better.

Furthermore, there is a similarity in the history of both countries, one of which is the Islamic influence, although in Indonesia Muslims make up the majority of the population while in China they are a minority.

What is interesting is that Islam, which made its entry in China in the seventh century, has left its mark on Chinese civilization, which in later years shared similarities with Indonesian culture. Anthony Garnaut, an expert on the relationship between China and Islamic culture, wrote about the Islamic contribution to the country in The Islamic Heritage in China: A General Survey. In China, Islam influenced technology, sciences, philosophy and the arts, he wrote.

According to Garnaut, one of the most visible Islam influences in China is in its architecture as can be seen in ornaments and calligraphy. Historical records reveal that the first mosque was built in the seventh century during the Tang dynasty (618-907).

The unique thing about this mosque is that it is of traditional Chinese architecture. The Chinese are also familiar with Islamic calligraphy, which in China is referred to as sini. Most sini can be found in mosques in the eastern part of China, while a leading sini creator is Hajji Noor Deen Mi Guangjiang.

In Indonesia, there is also a mosque that was built using Chinese architecture, namely the Mohammad Cheng Hoo mosque in Surabaya. Cheng Hoo was a Chinese Muslim who is often referred to as the Columbus of China because he led China’s Treasure Fleet on six expeditions across the Indian Ocean and Western Pacific. While in almost all Indonesian mosques the calligraphy is Arabic, the Cheng Hoo mosque has much Chinese calligraphy.

There are also three plaques with Chinese calligraphy at Lautze mosque in Central Jakarta, which was given by an imam from the Beijing Islamic Council. Chinese calligraphy is one of the oldest calligraphies in human civilization and the wisdom and philosophy of renowned philosophers such as Lao Tze and Confucius can still be seen in calligraphic inscriptions.

People here began to learn more about Chinese calligraphy during the country’s reform era. One can usually find such calligraphy, with philosophical content, on plaques on the walls of homes or stores belonging to the Chinese. Sometimes the content is also used in greetings, such as weddings, birthdays and condolences messages.

History records reveal that in ancient times the Chinese used pictures to communicate, which were then turned into symbols, lines or curves to indicate the item referred to. These symbols, lines and curves were later the basis of what we know today as the Mandarin language. For calligraphy, the lettering was certainly enhanced.

In Indonesia, Chinese calligraphy has also developed in recent years as there are now calligraphic courses available in the country. Students are generally of the older generation, who appreciate the art and the physical movement when drawing with the brush. The whole process is interesting to them because they have to concentrate fully and have peace of mind.

Unfortunately, the raw materials for Chinese calligraphy are rare here, such as the paper, the brushes and the ink, which must be imported from China, or even Japan, Korea or Singapore. However, it does not dampen their spirit in continuing to create to preserve the ancient culture. (Burhanuddin Abe)