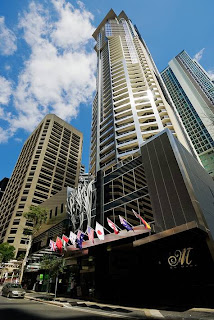 RECENT news about the possibility that foreigners may be allowed to own property in Indonesia has sparked new hope among businesspeople. Currently, the government is revising Government Regulation No. 41/1996 on residential property ownership by foreigners domiciled in Indonesia. The draft revision suggests that foreign ownership of property will be allowed in the form of the right to lease or to use, with leases being extendable for at least 70 years instead of the current 25.

This is good news for those in the property business. Many believe it is better for the government to allow foreign ownership of apartments on land with the right to use, with leases being extendable.

The reason is quite simple: Apartments in Indonesia are generally built on land with the right to build. Without changing the land's status to the right to use, it would be difficult for foreigners to buy apartments.

A slightly different opinion was expressed by a legislator from the Indonesian Democratic Party of Struggle, Arif Wibowo. He said the current term of the right to use could be extended. "The problem is not in the regulation on property ownership by foreigners, but in the implementation. If the term is extendable, it would be difficult to keep an eye on foreigners' property."

The current regulation says that foreigners have the right to use property for only 25 years but can extend the lease for another 20 years and renew it once every 25 years.

Another requirement is that a foreign owner of property should spend at least 14 days per year in Indonesia and hire at least two people. Property they can buy should be at least 150 square meters in area and cost between US$150,000 and $200,000.

PT Bakrieland Development Tbk. president director and CEO Hiramsyah S. Thaib said the property sector in Indonesia was less attractive than those in Singapore and Malaysia due to the short term of the right to use. He suggested that the term be extended, not necessarily by 99 years, but by between 70 and 90 years.

According to Hiramsyah, allowing foreign ownership in the property sector was one of the keys to attracting foreign direct investment in Indonesia, as has happened in neighboring countries Singapore and Malaysia, as well as China. "It has huge impacts to draw investment," he said as quoted by Tempo Interaktif.

The many requirements for foreign ownership apparently adversely affect foreigners' interest in buying property in Indonesia. On the other hand, many Indonesians buy property overseas, especially in Singapore, where a lot of property belongs to Indonesians.

The large amount of capital investment by Indonesians in property abroad and the small amount that comes here have led to a deficit in the investment flow in the property sector.

Rhenald Kasali, management professor at the University of Indonesia, said foreign investment in Indonesian property was not new. Many Indians and Koreans live in Karawang and Bekasi, West Java, and claim they own houses. But if you ask the developers, they will reveal that the foreigners, who have lived there fore more than 10 years, bought the property under the names of their companies.

In Bali, a lot of property has been built by Italians, French, Australians and Brazilians. However, ownership of the land and buildings are under the name of other people. It is the same in Batam and Bintan, where lots of property is owned by Singaporeans and Hong Kongers. "If the government lets it remain the way it is, the state will lose the opportunity to obtain revenue from taxes because it will miss and overlook so many chances," Rhenald wrote in Kompas, on Feb. 8, 2010

It is an open secret that foreigners are not entirely unable to own property, Rhenald said. However, they only have the right to use it for 25 years. Those who consider buying property as an investment will find the requirement less attractive than that offered in other countries in the region. In comparison, in Malaysia and Singapore, foreigners are granted the right to ownership for 99 years, or even 900 years.

In addition, countries wishing to invite foreign investors have property policies that are in line with other policies, like those on immigration, business licensing, security, money laundering, and banking and finance. Investors are usually required to have stay permits, citizenship, or the like.

There are many reasons for foreigners choosing to buy property in a certain country. Besides the need for a place to live, the need to send their children to school, for medical care, to work or to do business, they also have a need for investment. Many foreign traders who often come to Indonesia to buy local products would prefer to legally have their own residence rather than stay in a hotel.

It is obvious that Indonesian property is attractive to investors in ASEAN countries. Property located along main streets here cost just 20 percent of what a similar property would cost in Singapore.

For Japanese retirees, the high cost of living in their home country has motivated them to find a place to live in another country. Indonesia is among their favorites, but because they cannot purchase permanent homes here they resort to buying property in the Philippines or Thailand. "Experience shows that there are still many problems in the mindset that need to be settled to guard the new upcoming government regulation, which will allow the flow of new investment in the property sector," said Rhenald. (Burhanuddin Abe)