Education is every child’s right 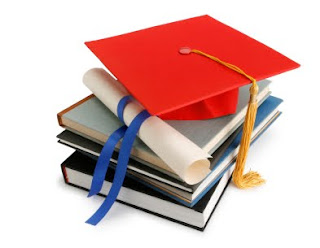 ONE of the important aspects to a nation’s progress is education. It is so important that a nation’s progress can be measured by its education system as it is a process for the development of future generations. If the output of the education process fails then it is difficult to imagine how a nation could achieve any progress. For a nation to advance, education must be viewed as one of its essential requirements, just like any other basic requirement.

However, education in some developing countries, such as Indonesia, is not as advanced as it is in developed countries due to two factors: the national education paradigm and the high cost of education here.

As quality education here costs a lot, less affluent people have to send their children to schools with limited facilities. It is worse in remote areas, where even the school buildings are in disrepair and the facilities almost nonexistent.

According to Unicef data, in the past 20 years Indonesia has achieved some success in primary education, which is illustrated in the fact that 94 percent of Indonesian children between the ages of seven and 12 receive a primary education. Still the system is not efficient and the quality is below expectation because there are still at least two million dropouts.

Indonesia has not succeeded in providing education to every single Indonesian child, while at the same time there are various prevailing problems, such as teachers’ qualifications, teaching methods, school management and a lack of public involvement. Most children between three and six years old have less access to early education and development, especially in villages and remote areas.

Those living in remote areas study in dilapidated or damaged buildings due to insufficient funds from the central and regional governments. Teaching methods are more teacher-oriented rather than student-oriented as the students are not given the opportunity to find out things for themselves.

This method prevails in most schools in Indonesia. So, children from less affluent or poor families are not motivated by the learning experience. Plus, education is unaffordable for many of them.

That is why it is wonderful that a number of companies support education programs in the country. PT Djarum, for example, has for more than 25 years been actively contributing to the country’s education development through its corporate social responsibility (CSR) program called Djarum Bakti Pendidikan (Djarum Serves National Education).

The program is implemented based on the company’s goodwill, responsibility and concern in balancing the company’s business and social activities. “We hope the scholarships we provide will become useful contributions toward making Indonesian children better educated and smarter,” said PT Djarum public affairs director Suwarno M. Serad.

Djarum Bakti Pendidikan started awarding scholarship to the students of Diponegoro University in Semarang in 1984. Today, after 25 years of participation, 6,336 students have become Beswan Djarum (Djarum scholarship recipients) spread in 71 universities in more than 20 provinces.

The students must have grades above 3.00 at the end of the fourth semester, be active in organizations and pass a number of tests, such as writing tests, an interview and a psychological test.

Similarly, Intel Indonesia Corporation is also concerned about education. On March 10, the company signed an MoU with the National Education Ministry to accelerate the Intel Teach program.

The MoU states that Intel will continue its participation and cooperation with education institutions under the umbrella of the ministry for technology education programs for teachers and students. Education is of the utmost importance to the company. “By investing in education we will get highly skilled workers, and an improved economy for better business growth,” said Intel Asia Pacific director of strategic education initiatives Ashutosh Chadha.

He explained that once a teacher participated in an Intel Teach program, the students would benefit in many ways, such as in media and technology literacy, in the ability to communicate, in teamwork skills, in critically thinking and in the ability to solve problems.

The Intel CSR program is incorporated in Corporate Affairs Intel Indonesia, which was set up last year. Imelda Adhisaputra, director of corporate affairs, said the company not only focused on marketing but also on its reputation and image. “We always keep in mind ways to contribute to the nation,” she said. She added that if Indonesia does not prepare itself it will be left behind by neighboring countries, such as Singapore, Malaysia and Thailand.

Apart from the Directorate General for the Enhancement of Teachers and the Center of IT and Communication for Education, the Intel Teach program in Indonesia also cooperates with USAID, UNESCO and Ma’arif NU Institution. From 2007 to the present, at least 30,000 teachers have been involved in the program. “This year our target is another 22,000 teachers,” Imelda explained.

Making a profit is the target of businesses, but if a number of companies take the trouble to get involved or participate in education and activities in the form of providing scholarships and the like it would not mean that they do not need to make a profit.

In reality this helps a company increase profits in the long run as it creates a positive image for the existence and survival of the company. This is the crux of CSR.

Dr. David C. Korten, a professor at Harvard Business School, once said that the business world for the past 50 years or so had become the most powerful institution on this planet. “A dominant institution in any society must bear the responsibility for the benefit of all. Each decision and each step must be viewed in the framework of such responsibility,” he emphasized.

CSR means that a company’s responsibility is not only about making a profit but also includes social responsibilities. Indeed, there are various kinds of CSR programs in Indonesia that have been adjusted to public needs. One of them concerns education, which is the right and requirement of every Indonesian child. Congratulations on National Education Day! (Burhanuddin Abe)