Green buildings, a must and a requirement 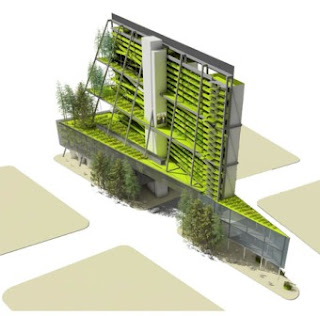 CURRENTLY, green buildings have become a popular trend across the world because environment friendly buildings greatly contribute to the reduction of global warming.

But how about in Indonesia? Do property developers here have a true awareness of the need to construct green buildings? Unfortunately, until now such a concept has only reached the discussion stage. Moreover, large tenants, for example multinational corporations, do not demand that Indonesian developers provide them with green office buildings when they set up business here.

“Actually, based on the large space required by such corporations and the money they spend on renting office space, they are in a position to force developers to build green office buildings,” said Stephanus D. Satriyo, associate director for property and facilities management of PT Cushman & Wakefield Indonesia.

However, although there is no real pressure it does not mean that Indonesian developers are doing nothing about the issue. The Green Building Council of Indonesia (GBCI) was established in 2009 and its members comprise construction professionals, prominent property sector figures, government officials, educators and researchers as well as NGOs that are concerned about the environment.

GBCI is a member of the World Green Building Council (WGBC), which is headquartered in Toronto, Canada, and has 64 countries as members. It only recognizes one GBC in each country. GBCI conducts intensive public information and awareness campaigns and issues green building certificates in Indonesia based on evaluation that is specifically designed to Indonesian standards and is called Greenship.

The implementation of green buildings here will give the following results: ecological sustainability, conservation of energy and various natural resources, financial efficiency, a competitive edge and responsible world citizens. In short, green buildings will contribute to the sustainability of the world we live in.

However, as GBCI is only one year old, its efforts fall short of expectations. One can easily estimate that developing green buildings is far more costly than erecting conventional buildings. To get a green certificate, there are numerous prerequisites or conditions to be fulfilled: The construction process should not damage the environment, the use of environmentally friendly materials that take into account the 3Rs — reduce, reuse and recycle — and energy and water efficiency.

Stephanus, who is an active member of GBCI, said that to a certain extent it is undeniable that a number of developers are fully aware of the need for green buildings and have started to build them. Some developers promote their buildings and apartments as green buildings, but in reality the green concept has only been applied in a few areas, such as in the introduction of more green space and gardens surrounding their buildings. Also, the buildings save energy to a certain extent, for instance with the use of individual air-conditioners instead of centralized air conditioning and by recycling water.

However, no buildings in Indonesia have been certified as green. It follows the law of supply and demand in that there is almost no demand in the market for such buildings. There is also a misunderstanding that green, environmentally friendly buildings are costly and therefore not feasible business-wise.

Developed countries have quite a different view point. Not only go governments overseas support the construction of green buildings but such buildings also have a high market and resale value.

In fact, some developing countries, such as Mexico, India, China and Vietnam, already implement the green building concept through Leadership in Energy and Environmental Design (LEED), which was initiated by Green Building Council of the United States.

Property here, especially office buildings, is enjoying positive growth as demand increases every year. According to data compiled by Cushman & Wakefield Indonesia, in 2010 there was 3.93 million square meters of office space in Jakarta’s Central Business District (CBD) Jakarta. This year, there will be an additional 240,600 square meters in the CBD. Bakrie Tower (60,000 square meters) and Equity Tower (83,600 square meters) are under construction and will be marketed in May or June this year.

Indeed, today there is no demand for green buildings but it is possible that in the next three or four years multinational companies that are concerned about the environment will put pressure on developers to provide them with space in certified green office buildings.

Basically, many in the property industry welcome the green building concept although it needs a lot of preparation here, such as guidelines, tools, standards and so forth. An institution like GBCI is expected to conduct expansive and aggressive public awareness and information campaigns on the issue. “But most importantly, the green building concept is not the sole responsibility of developers. Everyone should be concerned about the preservation of our environment for a sustainable future,” commented Stephanus. (Burhanuddin Abe)